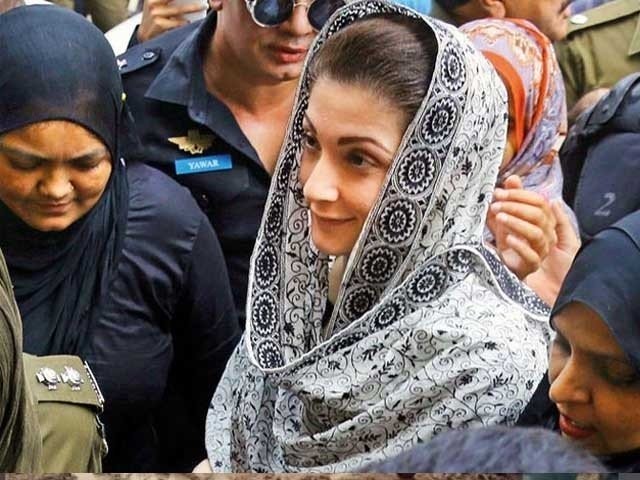 LAHORE: Maryam Safdar, PML-N vice president and daughter of the party’s supremo Nawaz Sharif, petitioned the Lahore High Court (LHC) on Saturday for grant of one-time permission to travel to London to see her ailing father. She requested the court to order removal of her name from the Exit Control List (ECL) and return of her passport.

Maryam was arrested by NAB on August 8 in a case regarding shady business transactions at the Chaudhry Sugar Mills where she is a major shareholder. On Nov 4, she was granted bail by the LHC which ordered her to furnish two surety bonds worth Rs20 million, and deposit an additional Rs70million and surrender her passport to secure her release.

In her petition, Maryam said that her father’s health was critical and she was under unexplainable stress because of her inability to be with him at a time when he needs extra care. She said her father is dependent on her.

She also mentioned the death of her mother, Kulsoom Nawaz, who passed away in London last year, while she accompanied her father who returned to Pakistan to serve a sentence, awarded by an accountability court in a NAB reference.

Maryam said she and her father regret to this day that they were not by the side of Kulsoom while she was on her death bed.

Maryam has made the federal government, FIA (Immigration) director, NAB chairman, and others respondents in her petition filed under Article 199 of the Constitution, which confers wide powers of judicial review on the high courts. It will be taken up by a division bench, headed by Justice Ali Baqar Najafi, on Monday.

She also contended that NAB’s or the government’s apprehensions about her absconding “does not appeal to reason in view of the petitioner’s track record”. She stressed that there was no default in appearance before the trial court over a period of one-and-a-half year and the petitioner and her father went abroad and came back even during the pendency of trial on more than one occasions.

“The petitioner and her father volunteered to come back to surrender to the process of law even after a judgment of conviction announced in their absence. Even otherwise, the reasons mentioned in the impugned memorandum on August 20, 2018 are alien to the objet and scheme of Exit From Pakistan (Control) Ordinance 1981.”

Last month, Nawaz Sharif, who has been convicted and sentenced to seven years in jail over graft charges, was allowed to travel to London to seek treatment for his undiagnosed illness. The move set off rumours of some kind of deal between the government and Nawaz Sharif. The government rebuffed these rumours.

After Maryam’s petition, a cabinet minister indicated on Saturday that she might leave the country, if the court grants her permission. Minister for Science and Technology Fawad Chaudhry said those calling for “minus-Imran” are themselves disappearing from the political scene and the opposition is now in search of a new leader.

“If [PML-N President] Shehbaz Sharif has gone abroad, then [PPP Co-chairman] Asif Zardari should also leave. Now, we hear that Maryam is going to be ‘minus’ and if the courts do not stop her, she can go. We have no issue with it [her departure],” Fawad told the media in Lahore.

Referring to the Sharif brothers’ exile to Saudi Arabia during former military ruler Pervez Musharraf’s tenure, Fawad said that last time Shehbaz had gone abroad for five or seven years. “This time he will stay there for 15-20 years.”

Commenting on other national issues, the minister advised against open debate on the military and the judiciary. He said the Supreme Court could not tell parliament to legislate on the tenure of the army chief because “parliament is not subservient to the judiciary”.

“When the detailed judgement in the case of the army chief’s extension comes, then the government will decide whether or not to go for a review,” he added.