Wagah Rail Car to be restored after 22 years

Wagah Rail Car to be restored after 22 years 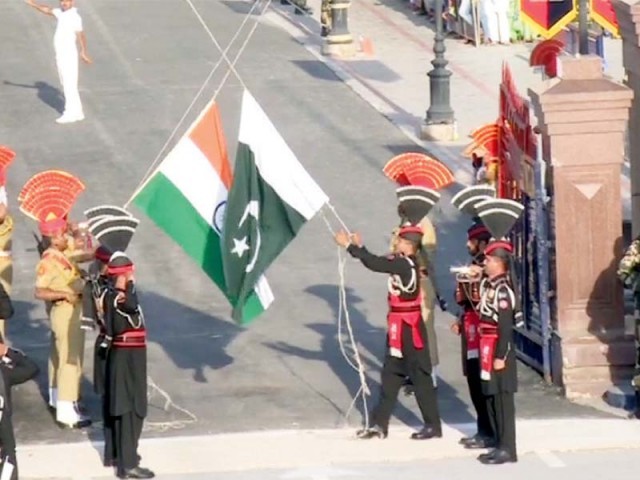 LAHORE: The shuttle train service between Lahore and Wagah Railway Station will be restored on December 14, after a gap of 22 years.

Railways Chief Operating Superintendent of Aamir Baloch said the train has been named as “Rail Car” which has the capacity for 181 passengers.

“The shuttle train will provide commute for the passengers desiring to witness the flag ceremony in the evening, while Pakistan Rangers on Wagah border and Indian Border Force on the other side will manage the security affairs,” he said.

Baloch maintained that all arrangements for running the train have been completed. The train will make four detours and its fare is fixed at Rs30. Two passenger coaches and the engine of the train have been overhauled and renovated using resources of the railways department. “In addition to two passenger cars, the shuttle train is also equipped with a brake van,” he said.

The shuttle train operated between Wahga, Jallo railway station to Lahore railway station. The transportation service lasted for many years since the partition of India till 1997.  The travel facility was used by the people of the border area as well as other residents, as per the details.

Businessmen and students from Lahore used to come by shuttle train and return in the evening, but for some operational and security reasons, the service was completely shut down in 1997, depriving people from the economical and safe travel facility. The commuters faced immense difficulties in reaching Lahore while they also had to face a great financial strain. But now after the resumption of the service on December 14, the woes of the passengers will be history.

In this regard, chief operating superintendent of Pakistan Railways Aamir Baloch said, “The train will start from Lahore railway station and will take two up-down rounds each in the morning and the evening.”

He further said that the train would provide convenient transportation for several people including children and the elderly desiring to witness flag-hoisting ceremony at Jalo Park and Wagah Border.

Baloch said, “the train service lasted for several years till 1997 and then it was closed for some operational and security reasons. Since the operation was closed, people were concerned about cheap and safe transportation from the city to Jalo and Wagah.”

He said now the railway has decided to revive the service on a daily basis to provide good transportation facilities to the people coming to Jalo Park and Wagah. “If there is an increase in the demand, more passenger boogies could be renovated and added to the shuttle service,” said Baloch.

He also proposed that the shuttle train service will be extended to Shahdara railway station, Kot Lakhpat and Kot Radha Krishan railway station for convenience of passengers traveling by the train.