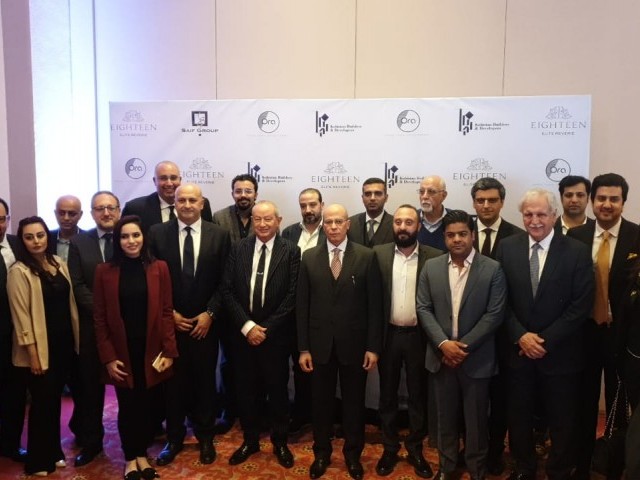 Egyptian billionaire businessman Naguib Sawiris met Prime Minister Imran Khan earlier in the week and expressed interest in exploring business opportunities in the sectors of mining, tourism and developing a progressive programme for the banking sector through SME banks, said a press release.

Sawiris met the premier over a two-day visit to the country. The meeting was themed around the multi-billion dollar investments that Sawiris has made over the years in the telecom and the real estate sectors.

The statement added that the premier appreciated Sawiris’ confidence in Pakistan and reassured the government’s support and facilitation. The premier further added that Pakistan is proving to be one of the most attractive countries to invest in, with the country now standing at an improved position in the ranking for “Ease of Doing Business” by the World Bank.

Sawiris further expressed his interest in providing impetus through investing in the five million housing scheme introduced by PM Imran.

“This interest stands particularly aligned with the $2 billion investment that Mr. Sawiris made in the real estate sector in 2017. The investment brought to stage a world-class lifestyle destination development, under the brand name of Eighteen.”

On the following day at the press conference Zulfiqar Bukhari, while welcoming Sawiris, complemented by saying “Mr. Naguib is a revolutionary businessman. While we are exploring business opportunities in, mining, tourism and banking, we would also want Mr. Naguib’s involvement in making Naya Pakistan and we would want to benefit not only from his investments but also from his experience and vision.”

“Today we have shown our progress, commitment and delivery against a promise we had met in early 2018. Eighteen, I believe, is now set to revolutionise real estate projects in Pakistan.  We are creating a city within a city, that is redefining the concept of Destination Living in Pakistan. I am very pleased to be involved with the project and have complete trust in the people and market of Pakistan,” said the Egyptian businessman.