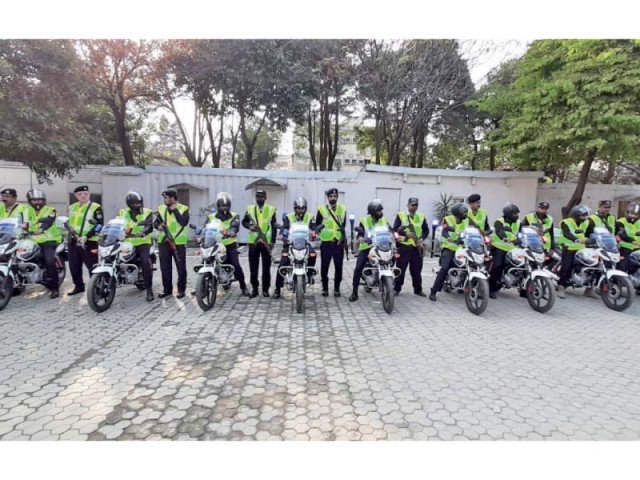 ISLAMABAD: With rising incidents of street crime in the city, a new mobile squad was commissioned on Friday with the exclusive duty of preventing street crime.

The motorbike-mounted Shaheen Squad will patrol the markets and public places to keep an eye on muggers and check suspisious vehicles.

Operations DIG Waqaruddin Syed said that the squad has been deployed at model police stations in Islamabad to curb street crimes in various sectors.

Officers in the force will be equipped with modern weapons and radios to immediately respond to situations as per directions received from the control room.

Senior police officers of the capital will monitor performance of the squad daily. DIG Syed said all personnel have been instructed to be disciplined and alert while on duty. During checking, the squad members have been directed to follow policy and remain courteous with the people. “Keep your attitude gentle so that the citizens feel happy to meet you. Keep a close eye on criminals and suspects” Syed said.

‘System of checks and balances to bring visible change in governance’