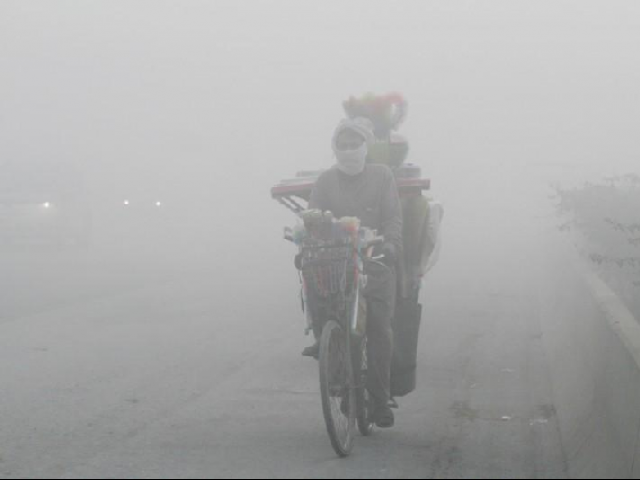 LAHORE: The Lahore High Court’s (LHC) senior Puisne Judge Justice Mamoon Rashid Sheikh expressed his displeasure over the ‘non-seriousness’ of the environmental department and sought a report on measures taken by the authorities to control smog.

Justice Mamoon was hearing a petition on the failure of the government’s department concerned to control smog which was not only increasing day by day but also the cause behind different diseases. Finally, Justice Mamoon sought details of the trees that had been cut in connection with the construction of roads. “There are only tall claims. Where are the practical measures?” Justice Mamoon questioned.

“Why not Chief Minister Sardar Usman Buzdar, as well as the chief secretary, be summoned to explain why the department concerned woke up only in November to control smog why it does not work properly for eliminating smog,” Justice Mamoon remarked. “It is batter to summon them if the institutions are putting onus on each other’s shoulders.”

The petitioner’s lawyer argued that there was smog in the air which was a reason behind different diseases and it was also ample proof to assess the inefficiency of the department concerned which failed to tackle the situation.

He said substandard petrol’s sulphur was also generating diseases to which Justice Mamoon remarked the factories had been allowed to work openly rather than taking proper steps to control the situation.

The law officer told the court that Prime Minister Imran Khan introduced his government’s policy to convert the public transport on electricity.

On a point, the law officer contended the court that the government had closed more than 3,000 brick kilns across the province. Justice Mamoon remarked that his staff had also witnessed brick kilns functional in Multan.

53,868 girls get degrees at UoS convocation