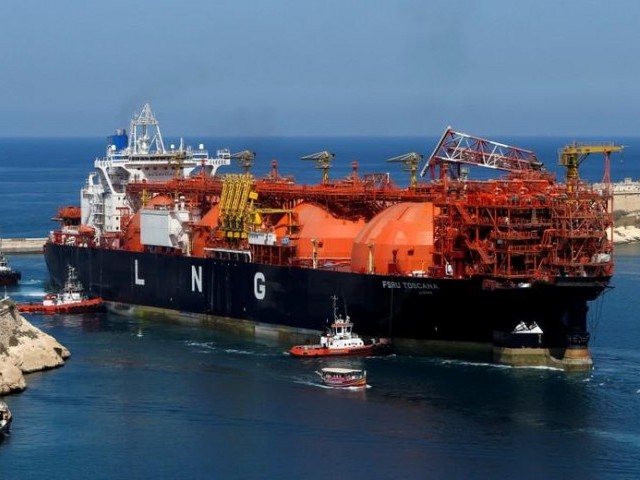 ISLAMABAD: The government has put the entire burden of imported gas supply, brought from Qatar and other suppliers, on the Petroleum Division by amending the gas supply agreement with liquefied natural gas (LNG)-based power plants based on the assumption that the expensive LNG will be consumed by other sectors of the economy.

Pakistan State Oil (PSO) and Pakistan LNG Limited (PLL) – both state-owned companies – are importing 800 million cubic feet of LNG per day (mmcfd) on ‘take or pay’ basis, which means they will have to pay the cost of gas even if they do not take delivery due to lower demand. The federal government had set up LNG-fired power plants to press its case for LNG imports and they were bound to take 66% of LNG supply.

The current government has approved amendments to the gas supply agreement with the LNG power plants without offering any concrete plan for the consumption of imported gas.

Earlier, the government mulled over different options for LNG supply to sectors like compressed natural gas (CNG) filling stations, textile mills and others. However, it later allowed the private-sector stakeholders to import LNG for their own consumption.

“The government has taken a complicated decision and its impact will start emerging soon,” remarked a senior government official while referring to the decision made by the Economic Coordination Committee (ECC) for amendment to the gas supply agreement with LNG power plants.

He pointed out that the government had already diverted an LNG ship and was going to divert another vessel because of low LNG demand in winter from the private sector.

According to officials, the only solution is to amend the Oil and Gas Regulatory Authority (Ogra) ordinance to make LNG part of weighted average natural gas supply but the provinces, which are major producers of natural gas, will not accept this formula.

“Till 2025, the difference between LNG requirement of two LNG power plants as per economic merit order and the requirement for minimum 66% guaranteed offtake should be utilised by other sectors of the economy at the LNG price notified by Ogra,” an official said while quoting the decision.

The ECC also decided that Sui Northern Gas Pipelines Limited (SNGPL) should be bound to follow National Power Control Centre’s instructions pertaining to diversion of unutilised LNG and such instructions would take precedence over any other LNG supply arrangement made by SNGPL with any power project.

After 2025, when a price review will be undertaken under the Qatar LNG supply contract, the ECC decided that 66% take-or-pay contract may be removed from both the power purchase agreement and gas sale agreement. It may be replaced by any other supply level the relevant parties may agree upon based on the revised LNG price, it said.

The ECC asked the Power Division and Petroleum Division to come up with other measures and options for cost reduction and gas utilisation.

The Power Division was of the view that with the recent change in generation mix towards cheaper and domestic resources as well as significant depreciation of the rupee against the US dollar, power production with the help of LNG had become much more expensive compared to domestic coal, nuclear and imported coal-based energy.

The Power Division claimed that the burden on consumers would go down if LNG was diverted to other sectors, adding that gas may be diverted to CNG stations, textile mills, K-Electric and other power plants.