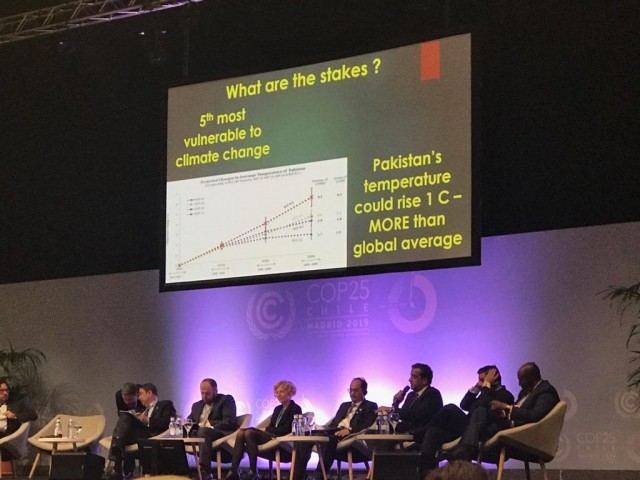 MADRID: Adviser to PM on Climate Change Malik Amin Aslam said on Thursday that Pakistan’s billion trees project in Khyber-Pakhtunkhwa (K-P) had increased forest cover in the province from 20.3% to 26.6%.

Presenting Pakistan’s ‘Billion Tree Tsunami’ and the new 10 Billion Tree project at a high-level meeting on forests at COP25 in Madrid, Spain, the adviser said the initiative was one of the first to be recognised by the international Bonn Challenge. 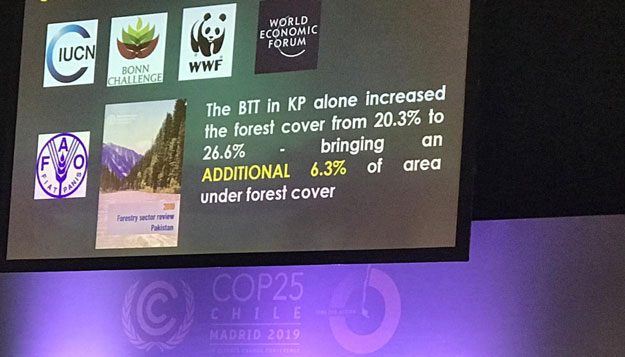 Along with ministers from six other countries, i.e., Armenia, Ethiopia, Ecuador, Germany, Malaysia and Chile, he spoke about enhancing the role of forests in nature-based solutions, which can provide 30 per cent of the solutions to climate change.

Pakistan was invited onto the panel as a champion of nature-based solutions and asked to share its actions in using forests, which act like carbon sinks, in tackling climate change. The panel wanted to see forests gain relevance as countries update their Nationally Determined Contributions (NDC) for 2020 under the Paris Agreement.

Aslam pointed out Pakistan’s vulnerability to climate change, noting that temperature in its mountainous regions could rise 1°C more than the global average.

He said 75% of Pakistan’s land was prone to desertification with less than 5% forest cover. However, 45% of its rangelands are available for forestry. “On one side we have deserts and on the other side land we could turn into forests. We took the right decision to turn this land into forests,” he told the meeting.

“We learnt four lessons: one in planning, that we allow 60% of the forests to grow back; second, to ensure transparency with a 3-step evaluation and bringing in third-party monitoring, third to push back the timber mafia and fourth to make it people-centric and ensure communities are part of the process,” he said, adding that youth and women were particularly encouraged to participate.

“Nature is the best partner if you can get it to heal itself”.

He said the project found credible partners to support it such as the IUCN, WWF-Pakistan and FAO. Now, the adviser added, the PTI government was committed to doing it “10 times over”.

“We have the money and plans in place,” Aslam said, noting that the 10 Billion Tree project would become part of the NDC that is to be re-submitted next year.

Pablo Vieira, the Global Director of the NDC partnership said Pakistan’s Billion Tree Tsunami project was widely recognised and now the country was setting the bar high with the new 10 Billion Tree project.

“It shows incredible commitment and signals we can act and do something. Trees are not a luxury – we all depend on the forest services,” said another expert on the panel. 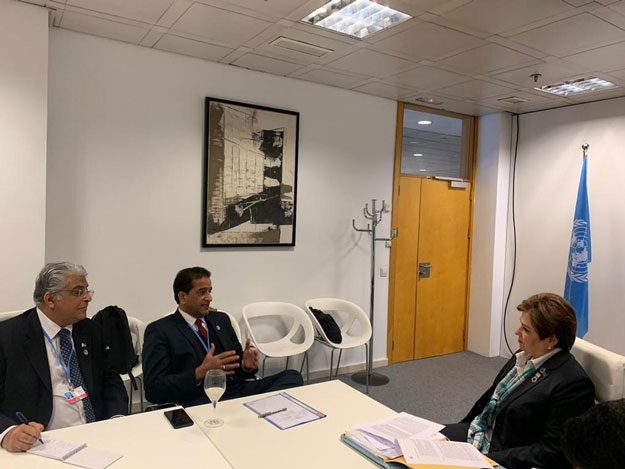 She told the Advisor to the PM, “In this time of climate emergency I can only be grateful for the incredible efforts that the Government of Pakistan has been undertaking, bringing in a very important and decisive policy towards a greener economy”.