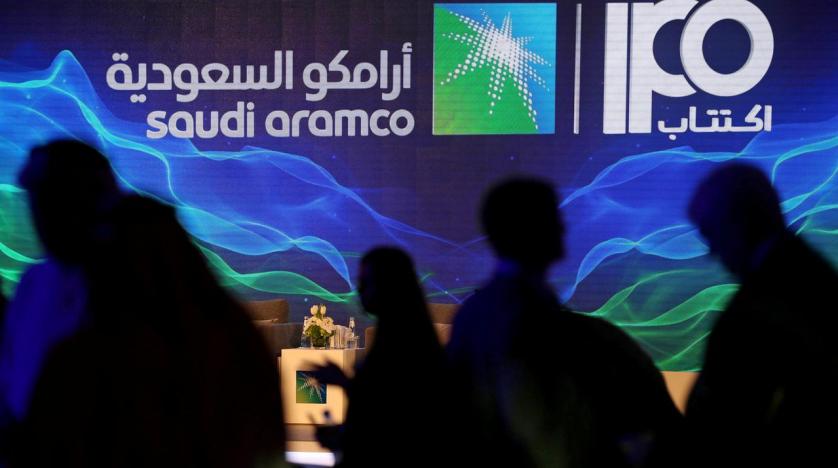 Prices shares at top of indicative range of 30-32 riyals per share. PHOTO: REUTERS

Saudi Arabia relied on domestic and regional investors to sell a 1.5% stake after lukewarm interest from abroad, even at the reduced valuation of $1.7 trillion.

That was below the $2-trillion target initially sought by Crown Prince Mohammed bin Salman.

Saudi Aramco’s shares have been priced at 32 riyals ($8.53) each against an earlier indicative price range of 30-32 riyals per share, the sources said.

At that price, Aramco’s IPO of 3 billion shares will just beat the $25 billion raised by Chinese tech giant Alibaba in 2014.

Sources told Reuters earlier that Aramco may also exercise a 15% “greenshoe” option, allowing it to increase the size of the deal to a maximum of $29.4 billion.

Aramco has declined to comment on the pricing of the deal.

A formal announcement is expected later on Thursday, the sources said.

Aramco’s market valuation of $1.7 trillion will comfortably overtake Apple as the world’s most valuable listed firm. But the listing, expected later this month on the Riyadh stock exchange, is a far cry from the blockbustre debut originally envisaged by the crown prince.

Climate change concerns, political risk and a lack of corporate transparency put foreign investors off the offering, forcing the kingdom to ditch ambitions to raise as much as $100 billion via an international and domestic listing of a 5% stake.

Even at a $1.7-trillion valuation, international institutions baulked, prompting Aramco to scrap roadshows in New York and London and focus instead on marketing a 1.5% stake to Saudi investors and wealthy Gulf Arab allies. Saudi banks had offered citizens cheap credit to bid.

Riyadh has gone quiet on when or where Aramco could list abroad.

Market watch: KSE-100 gains on back of interest in banking, cement stocks