Curtain Raiser: Play on intimate ‘Bedroom Conversations’ to be staged in Karachi

Curtain Raiser: Play on intimate ‘Bedroom Conversations’ to be staged in Karachi

Featur­ing two actors but eighte­en charac­ters, nine disput­es but one resolu­tion - if you can spot it that is
By Asfa Sultan
Published: December 5, 2019
Tweet Email 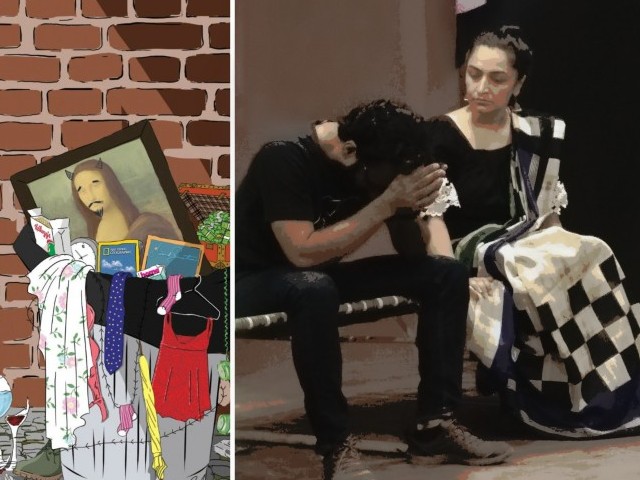 KARACHI: In the middle of the 20th century, postmodern theatre emerged in Europe in opposition to modern theatre. It encouraged the idea of several possible realities, prompting various connotations to eradicate the concept of a singular truth. Today, however, it simply allows the audience to deduce from their own understanding, the meaning of the play – leaving room for more questions than answers.

Since two months now, something similar has been going about in the basement of NAPA theatre, Karachi – As playwright, Beegul, along with director Khalid Ahmad and actors, Kaif Ghaznavi and Ali Junejo rehearse for their upcoming production, Bedroom Conversations. 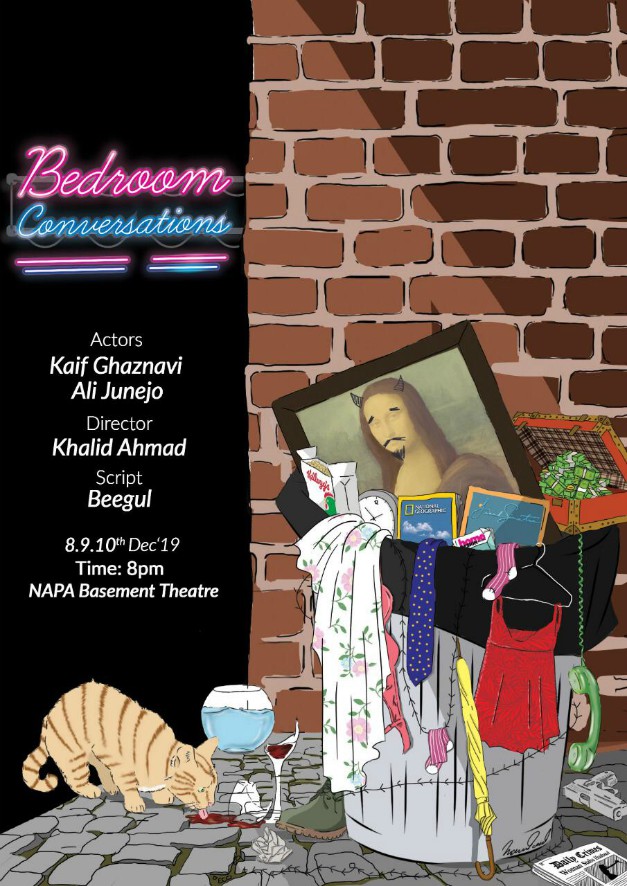 Beegul started off by discussing the storyline to highlight the complexity of her play, “There is no particular storyline. There are 18 different characters having different conflicts among each other. They (the characters) keep on ‘emerging’ from each other within a time frame of one hour,” she told The Express Tribune.

Her explanation itself prompted so many questions with the first being – 18 characters with only two actors within an hour?

As baffling as it seemed at the moment, things slowly began to make sense as Khalid pitched in: “You could also say that there are nine different stories of nine different couples. But they are well-knitted, so in the end, you find the connection,” he said.

This led to questions about what the characters would be like and whether the audience will be able to form a connection. “It is imperative to mention here that the situations in the play become as such that they might be humorous for some, while others might get offended,” explained Kaif. Owing to the complex script she claimed boldly, “I don’t mean to sound snobbish but with all due respect, it will take an intelligent audience to really understand the transitions and the conclusion of the play.” 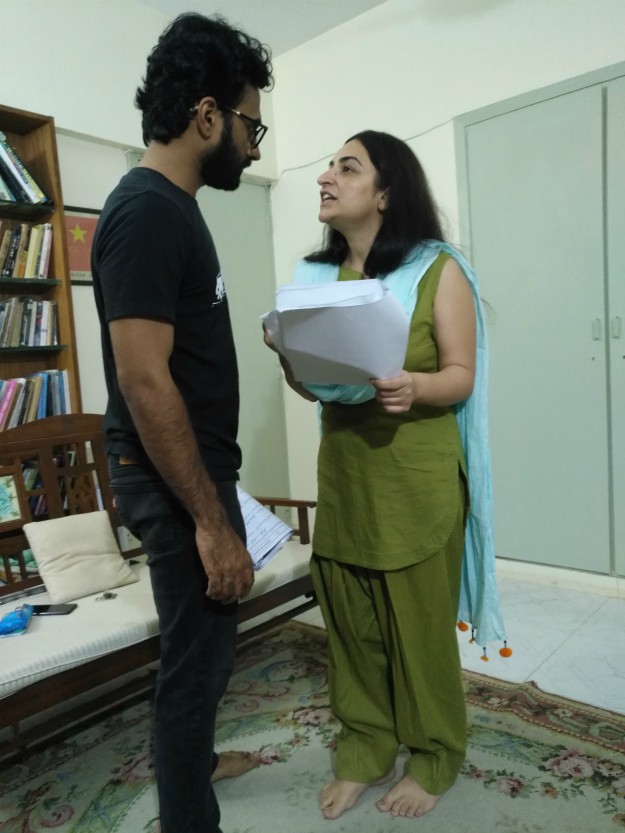 It seems the four individuals in this small basement had developed a formula to intrigue the audience, prompting questions about how it was humanly possible to play nine characters in an hour. “We shift from one person to another, approximately every seven minutes, and I can’t help but explain how exhausting it gets, but we pull it off,” laughed Ali.

Kaif further explained what the audience will witness, “It may be disconcerting for the audience as well at times when the scenes transition, because the alternate balance gets disturbed. That also happens with music, when you suddenly shift from one raag to another, it’s quite uneasy for some listeners to adjust to the new beat. Also, if that happens nine times in 60 minutes, some may get offended.”

However, as the actors change their avatars the overall nature of conversations also changes from intimate pillow talk to random quarrels. “The ‘conflicts’ – plural, will emerge from one another, just like the characters. The play will witness all kinds of problems any couple could possibly imagine, given the variety of characters involved, “elaborated Beegul.  “These two will be playing characters from various cultural, economic, linguistic and religious backgrounds – even different age groups,” she said. 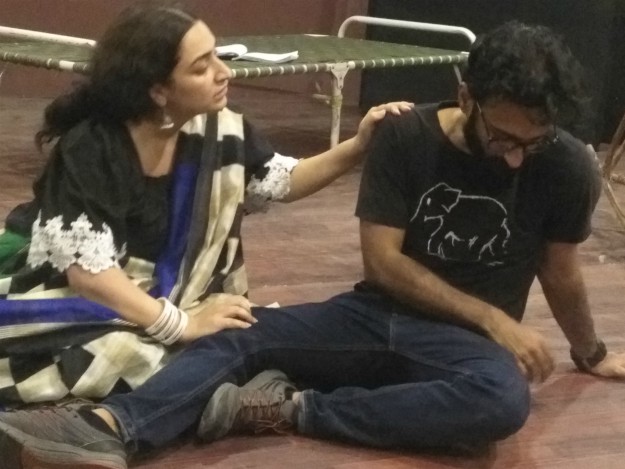 “But I guess you could say the major conflict between each of them is the struggle to connect and correlate,” added the playwright. Every time she spoke, was a moment of wonder, as to what could have possibly caused this madness to take such an intellectual form, “oh, it was nothing,” she said – “There was no process behind coming up with the script I did, it took me a week to write and the idea just popped in my mind,” claimed the wizard who, after witnessing the dress rehearsal, seemed to have jotted down a masterpiece.

It will feature two actors, nine stories, nine disputes and only one resolution. But, what will that be, “You were forgetting the most important question of them all, does anything ever resolve?” Ali concluded.

Bedroom Conversations will run at the National Academy of Performing Arts’ (Napa) basement theatre from December 8 till December 10. Tickets are priced at Rs 600 with a 50% discount for students.

6 signs your relationship is going too fast