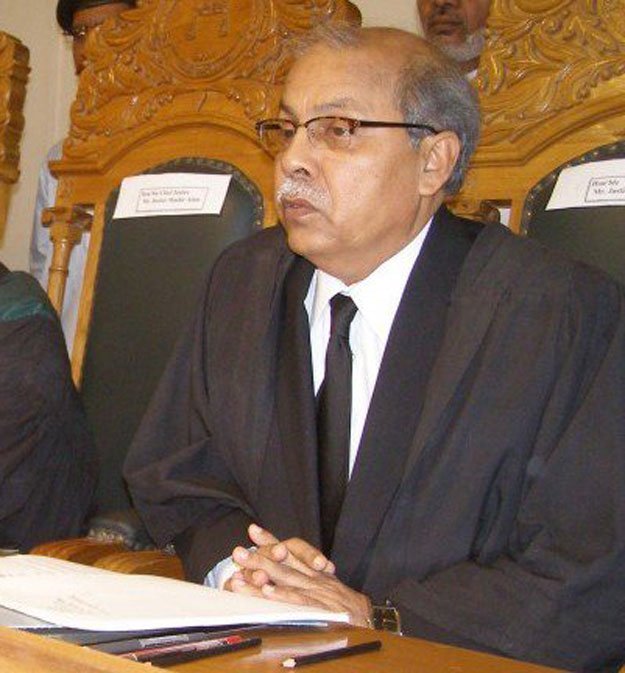 ISLAMABAD: The Ministry of Law and Justice on Wednesday issued notification of the appointment of Justice Gulzar Ahmed as the new chief justice of Pakistan (CJP) after the retirement of Asif Saeed Khosa on December 20.

The notification was issued after it’s approval from President Dr Arif Alvi. According to the notification issued Justice Gulzar Ahmed will be sworn in as the 27th CJP on December 21. He will retire on February 1, 2022.

“In exercise of the powers conferred by clause (3) of Article 175 A read with Article 177 of the Constitution of the Islamic Republic of Pakistan, the President is pleased to appoint Mr. Justice Gulzar Ahmed, the most Senior Judge of Supreme Court, as Chief Justice of Pakistan with effect from 21.12.2019,” read the law ministry notification.

Justice Gulzar had remained the part of benches which had announced various landmark and high profile judgments. Justice Gulzar was also part of the bench which disqualified former prime minister Nawaz Sharif in Panama case.

Justice Gulzar is seen as an expert on civil and corporate law. He has remained part of the benches on several important matter, including constitutional amendments, military courts, Panamagate, restoration of Karachi Circular Railway, and removal of encroachments.

Last year, he visited the United States to raise funds for the Diamer-Bhasha Dam. He also represented Pakistan at several international conferences on mediation and counter terrorism and other topics. 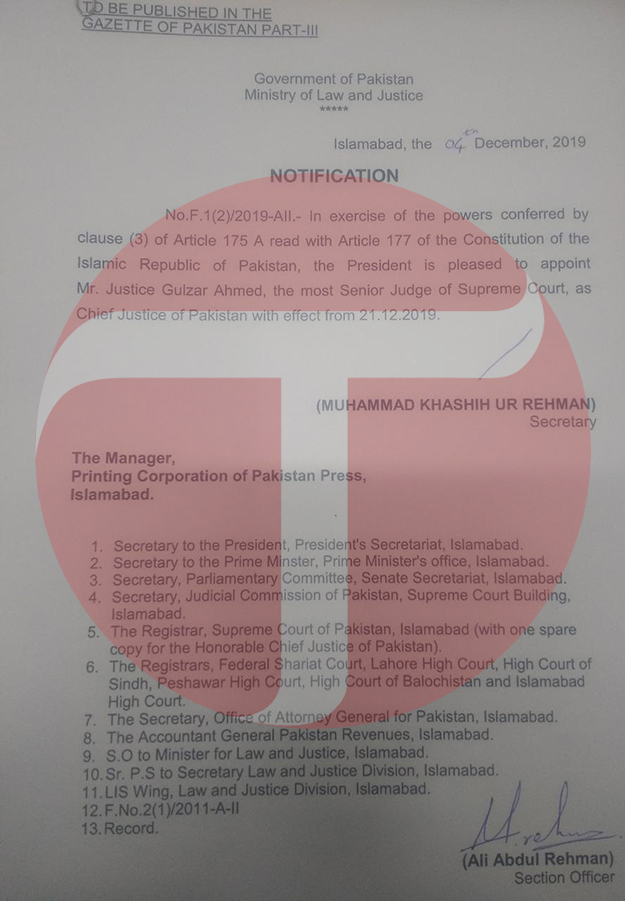