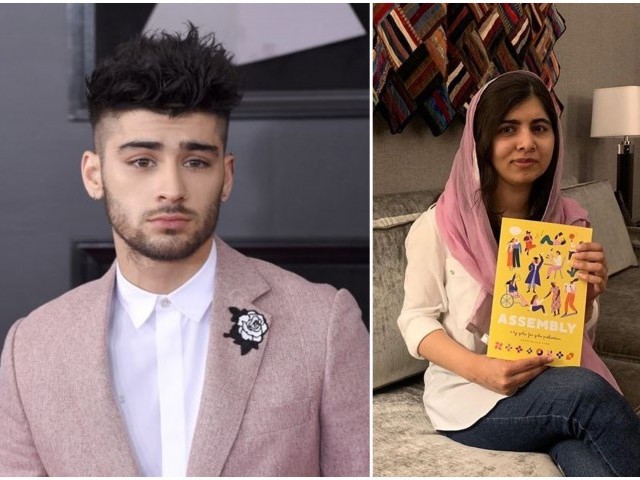 In a recent turn of events, popular singer and former One Direction band member, Zayn Malik, uploaded a video on his Instagram, lending support to the Nobel peace prize winner, Malala Yousafzai.

@malala @malalafund #givingtuesday click the link in bio to see how you can help and learn about the Malala Fund.

The video contained messages promoting the education of girls and gender equality. It started off with describing the situation in Pakistan to providing a solution, “Her community thinks educating girls brings nothing more than shame. Afsana wants #NothingMore than to go to school. Donate to Malala fund and help every girl learn and lead.”

After establishing the hashtag #NothingMore, the final message then said, “Girls want #NothingMore than education, opportunity and equality.”

Malik tagged Yousafzai and Malala fund in his caption along with hashtag #givingtuesday. He then added “Click the link in bio to see how you can help and learn about the Malala Fund.”

The singer also tweeted the same and it seems the two have collaborated for the cause, given that Yousafzai retweeted his post, with a message that hinted at something else as well.

In March 2015, Malik left One Direction due to unknown reasons following which he was booed at a concert in Cardiff. However, the band’s first UK performance without Zayn made fans jeer at an image of the ex-member that appeared on a big screen. It appeared during an advert for their hit single You and I, immediately steered a negative response among the audience.

Nevertheless, Yousafzai’s new venture seems to have gotten Malik’s attention, as her #NothingMore campaign aims to provide women their right to education.

Her website aims to collect funds for girls who are deprived of their basic rights around the world, and help fulfill their needs. “With your gift today, Malala Fund can give more girls hope for tomorrow. We’re breaking down the barriers that hold girls back — from creating safe spaces for girls in northern Nigeria, to training young Pakistani women as activists and providing STEM education to Syrian refugees.”