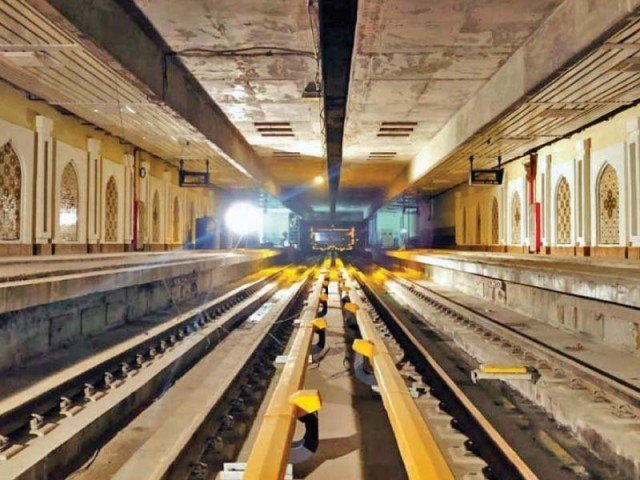 The initial proposal indicated that the government was planning to set service fare between Rs40 and Rs50 per trip. After coming into power, Pakistan Tahreek-e-Insaf (PTI) government has strongly criticised subsidy on Metro Bus Service (MBS) and raise service fare by whopping 50% by removing subsidy.

During the previous regime, Pakistan Muslim League-Nawaz (PML-N) government maintained metro bus fare at Rs20 for almost six years. However, with the change of government now metro bus fare has been jacked up to Rs30 per trip following a cut in subsidy amount and now the PTI government is planning to set metro train fare even at a higher rate.

Lahore Orange Line Metro Train (OLMT) is finally entering in testing phase after which the country’s first modern mass transit system will open its doors for the public in March 2020.

A couple of days ago, Prime Minister Imran Khan had given an impression that the project would open for the general public on December 10, but in reality, it would take another three months for testing and integration of the various system, safety audit, handing over to operations contractor and training of drivers.

An official working on the project told The Express Tribune that though a joint venture of Chinese state-owned enterprises, China North Industries Group Corporation Limited (NORINCO) and China Railway Construction Corporation Limited (CRCCI), has secured operations and maintenance (O&M) contract of the Lahore Orange Line Metro Train (OLMT) project, but they have not taken charge of the project.

Once the project is handed over to Chinese O&M contractors, they would test all the equipment and start the training of drivers. Right now, Chinese engineers have initiated the testing process and running trains of electricity.

Earlier, during former Punjab chief minister Shehbaz Sharif’s tenure trains were being tested on diesel engines, which had been procured to pull trains in case of emergency or power failure.

The apex court had given January 2020 deadline to the provincial government to make metro train project functional.

Though it is impossible for the government and Chinese engineers to achieve this target, but the government has adopted a strategy to inaugurate test run of the project on December 10 just to show the apex court and general public that the OLMT project was about to complete.

Earlier, the Punjab government announced that maiden run of the country’s first metro train on electricity from Dera Gujjran to Anarkali on October 28 and commercial operation of the project will commence in January 2020.

An engineer working on the project also highlighted that some minor development works on project’s package-II are still underway, which also requires sometimes to complete. Though, entire track has been functional and energised to run the train on full speed.

Currently, Chinese engineers are running trains for testing purpose and completing the entire length of the track in around 35 minutes. The provincial finance ministry has also started working on service fare which is expected to be set between Rs40 and Rs50 per trip.

Development works of the OLMT project were initiated in 2014, which are near completion following several bottlenecks and hiccups.

The OLMT project is part of the city metro network. The construction work started on October 25, 2015. It has a total length of 27.12 kilometres.

The number of trains is 27 and each train has five bogies of 20 meters long with 60 seats. Separate seats are allocated for women, senior citizens and special persons. Public address system is installed for the convenience of the passengers.

The doors of the electric train are fully automatic and doors are also installed at the platform to ensure double safety of the passengers.

Once operational, the train will complete 27 kilometres distance from Ali Town to Dera Gujran in 45 minutes. It will pass through the congested areas of the city where more than 250,000 passengers daily travel. Official documents highlight that within the next few years, the Orange Line Metro train will facilitate 500,000 passengers daily.

Once the project is completed, it will connect Raiwind, Multan Road, Mcleod Road, Lahore Junction Railway Station and the Grand Trunk Road. It will be the first line of the Lahore Metro, which is the country’s first mass rapid transit train system.