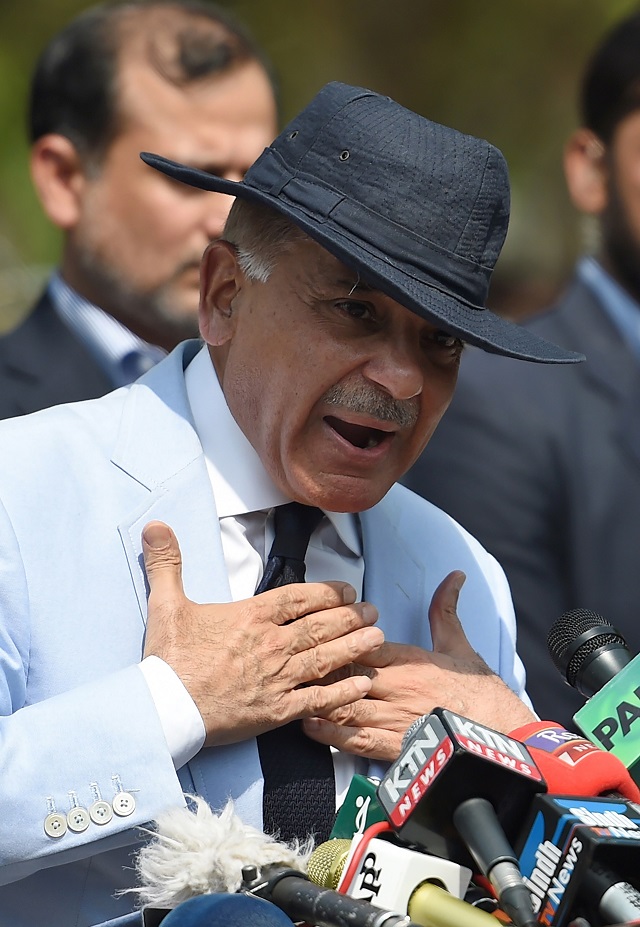 LAHORE / ISLAMABAD: The anti-corruption watchdog on Tuesday withdrew its petition in the Supreme Court, challenging the bail granted to PML-N President Shehbaz Sharif in the Ashiana-e-Iqbal housing scam case, while on the other hand, it issued orders to freeze 23 immovable properties owned by the former Punjab chief minister and his family members in the assets beyond known means of income case.

Hearing the Ashiana case, Chief Justice of Pakistan (CJP) Asif Saeed Khosa remarked, “Bail cannot be suspended in prima facie case. Some of the accused have spent time in jail due to lack of progress in the case.”

The CJP asked who had forwarded the matter to NAB.

The lawyer replied that Shehbaz had sent the matter to the bureau in order to pressure Chaudhry Abdul Latif and Sons to withdraw from the contract, adding that the case was primarily focused on administrative irregularities that emerged in the report of the inquiry committee.

Bokhari said that the former Punjab CM had constituted a committee under the supervision of the then finance secretary which declared that the contract was in line with the Public Procurement Regulatory Authority laws.

However, Fawad allegedly pressured the Punjab Land Development Company (PLDC) administration to suspend the agreement with Chaudhry Abdul Latif and Sons in favour of the second bidder, Kamran Kayani, after receiving Rs550 million in bribe, he added.

CJP Khosa asked if the new contract was handed over to Kayani.

Bokhari replied that the second agreement had not been handed over to him.

“Did Kayani demand the return of Rs550 million from Fawad?” questioned the CJP.

“No, Kayani has absconded from Pakistan and Shehbaz is also not present in the country,” Bokhari replied.

The NAB lawyer apprised the court that the pleas of the two approvers had been approved while the bureau had rejected similar pleas filed by two other accused.

The CJP remarked that an “accused would have to confess to his crime before becoming an approver” in a case, adding that the prosecution had not mentioned any major mistake of Shehbaz except for pointing out a meeting which had been held at his residence.

“If the chief minister was head of the institutions then what’s the issue if he had summoned a meeting. The prosecution represented Shehbaz as an outsider who had summoned the meeting,” the CJP added. “In this story, it seems that Shehbaz’s role is of a ‘good kid’ who initiated an investigation into this matter and later forwarded it to the anti-corruption department. On the other hand, the character of Fawad is like a ‘bad kid’ in this story.”

Following the CJP’s observation, NAB announced that it was withdrawing its petition against the suspension of bail to Shehbaz Sharif.

NAB, Lahore on Tuesday issued orders to freeze 23 immovable properties owned by Shehbaz, his sons — Hamza and Suleman, and wives — Nusrat Shehbaz and Tehmina Durrani— in Pakistan during an investigation into the case regarding assets beyond known means of income and money laundering.

The move comes over a week after NAB put a freeze on industries owned by Shehbaz’s family members.

According to NAB sources, Director General Shahzad Saleem directed the Lahore Development Authority (LDA) and other relevant authorities to halt sale and transfer of assets of Shehbaz’s family in Lahore, Chiniot, Haripur and Abbottabad.

“Having examined the evidence so far collected during investigations, I find that there are reasonable grounds for believing that the accused have committed the aforesaid offences. I, therefore, order that aforesaid properties be frozen,” Director General Shahzad Saleem directed the relevant authorities on Tuesday.

The orders stated, “This order shall remain in force for a period of 15 days, within which application will be filed in the [accountability] court for its confirmation.”

The anti-corruption watchdog issued six orders, each listing separate properties acquired by Shehbaz, Hamza and Suleman — all three of whom are nominated in corruption cases.

The order stated, “Investigation against accused Shehbaz, Hamza, Suleman, and others for offence(s) of corruption and corrupt practices as defined under Section 9(a) punishable under Section 10 of the National Accountability Ordinance 1999 read with Section 3 of Anti-money laundering Act 2010.”

It added that the evidence collected “so far” during the investigation presented “reasonable grounds” to “believe” that the accused had “committed aforementioned offences”.

The order would remain in force for a period of 15 days within which the anti-graft watchdog would file an application in the accountability court under Section 12 of the NAO 1999.

Earlier on November 25, NAB, Lahore ordered to freeze industries belonging to family members of Shehbaz in the assets beyond means case.

DG Saleem directed the authorities concerned, including the Securities and Exchange Commission of Pakistan, to implement the orders with immediate effect.

Shehbaz Shraif, Hamza, Suleman and Nusrat Shehbaz are not be able to receive any benefit from the aforementioned industries following the anti-graft body’s move.

Members of the Sharif family and their financial advisers were also given the copies of the directives.