The rule of law is an ideal, but it is an ideal we should be strivi­ng for rather than moving away from
By Hassan Niazi
Published: December 3, 2019
Tweet Email 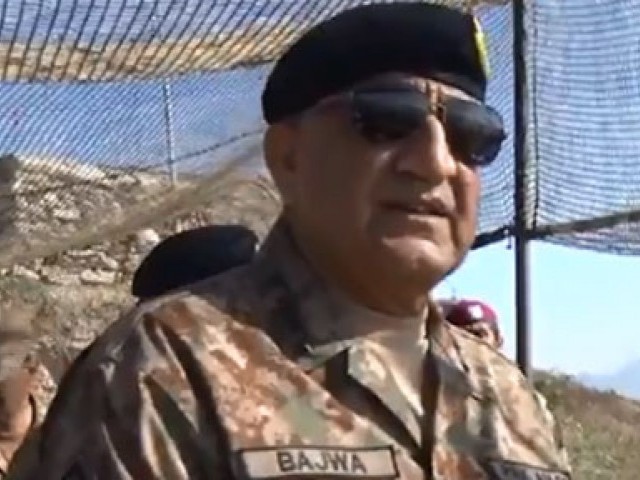 Our country’s adherence to the rule of law has always been fickle. However, we must still highlight the headache inducing violations of the rule of law that have occurred during the entire fiasco involving the extension of the army chief’s tenure. If only because we must aspire to be better.

In pointing out these violations I will utilise the most common principles that are understood to encompass the rule of law. The term may be contentious, but I think the three broad principles I will point out have sufficient consensus in legal scholarship that they may be utilised for the purpose of analysis.

First, no action can be taken by the government unless it is empowered to do so by some law. This is established jurisprudence in Pakistan. Our courts have held that the executive branch has no inherent powers. This means that there must be an enabling legal enactment that allows the executive to do something. Absence of a prohibition is not enough.

Despite this, the federal government was extending the COAS’ tenure despite there being no provision in the Constitution or any other law that enabled it to do so. Article 243 of the Constitution is silent as to any power regarding extending the appointment of the army chief. There is nothing in the Army Act or its rules and regulations either. If this is true, then it means that this government, and those before it, acted without a legal basis when granting extensions to army chiefs.

How can we explain this? It seems that the only explanation goes back to the paper-thin adherence to the rule of law that exists in this country. The executive branch appears to believe that not all of its decisions need to adhere to the rule of law. Either because it will make decision-making too cumbersome or impractical. This thinking was on display when the Attorney-General asked the honourable judges not to apply the law too strictly.

Unfortunately, rather than curing this misconception, the Supreme Court’s final order seems to further entrench it. The Supreme Court had the power to do one of two things: it could either strike down the notification extending the appointment or uphold it. It is strange that it decided to say that while there was no legal basis for the extension it was going to validate it till law was made. If there is no law through which the executive could make the extension, then there is no law through which the Supreme Court could. Anyone who is familiar with Pakistan’s judicial review litigation is aware that our courts routinely declare appointments in the civil service to be illegal if they are in violation of law. Never has it been that these appointments have been validated in this way.

Second, the executive’s discretion must follow the procedural conditions for the exercise of that discretion. The president may have the power to appoint the army chief but in making that appointment, legal formalities must be respected.

In this case nobody seemed to bother with legal formalities at all. Consider the initial summary extending the COAS’ tenure. This summary of August 19, 2019, was initially approved by the Prime Minister. Later, the Prime Minister was apparently acquainted with that rather important document known as the Constitution which says that it is the President who must appoint the COAS. The summary was then approved by the President — but without Cabinet approval. This forced the summary to be sent to the Cabinet where it was approved in a hurry despite the fact that only 11 out of 25 Cabinet members were available.

What does all of this show except that the federal government seems to be completely oblivious to the legal provisions that frame how it is to take decisions! It is as if the federal government believes that it can take any decision it wants in whatever way it wants. That is not how a system under the rule of law works.

What is perhaps most telling is that nobody — not the Prime Minister, not the President, not the Law Minister, and not the Cabinet — bothered to ask under what provision of law they were granting an extension. Had the key players in this drama asked this simple question we wouldn’t have had to go through an entire Supreme Court hearing.

Finally, the rule of law is tied to the concept of the separation of powers. Meaning that all three institutions of state must work within their constitutionally defined boundaries. The federal government giving an undertaking to the Supreme Court that it will clarify the scope of Article 243 seems to not understand this point. The federal government cannot guarantee that Parliament will pass such a law. It can only recommend and initiate the process of legislation. Given the PTI’s slim majority in Parliament, there is a chance that the law might face resistance in being passed. While many commentators believe that the opposition will not block such legislation, I am a bit more skeptical. The opposition might see this as a good leverage point against the PTI.

The Supreme Court itself has, through its final order, sidelined the separation of powers. While precedent does exist where our Supreme Court has directed Parliament to make law, it is clearly not a good precedent. The judiciary cannot direct Parliament to make law because that would mix the adjudicative process with the legislative one. The judiciary is an unelected body; its role cannot be expanded to demand legislation.

The rule of law is an ideal, but it is an ideal we should be striving for rather than moving away from. Our institutions do not seem to view the law as supreme rather they view the law as an unnecessary hurdle. An impractical quagmire of technicality that gets in the way. If we allow for this thinking then it leads to those in power believing that they are above the law. That is a state we must avoid at all costs.

My complaint to the Prime Minister