Overse­as Pakist­anis who remit $100,000 in two years will be able to import such cars
By Usman Hanif
Published: November 29, 2019
Tweet Email 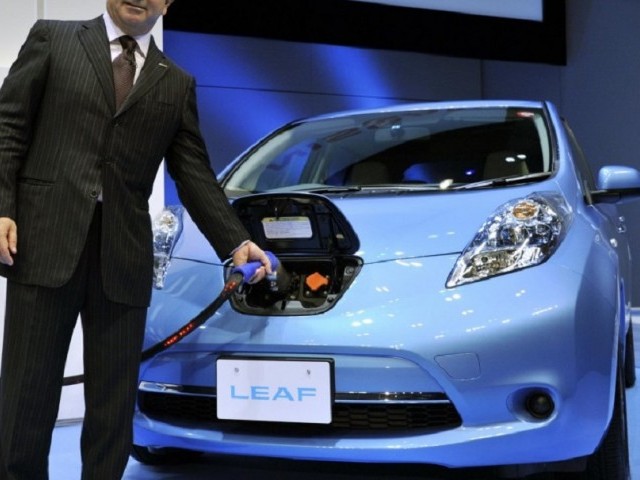 KARACHI: To give a boost to the flow of remittances into the country, the government is going to permit overseas Pakistanis duty-free import of hybrid cars of up to 3,000cc engine capacity provided that an expatriate remits a minimum of $100,000 in two years.

The move is aimed at attracting offshore money into the country.

The Engineering Development Board (EDB) has issued a notice to the stakeholders, inviting their comments on the proposal of duty-free import of one hybrid car of up to 3,000cc by Foreign Exchange Remittances Card (FERC) holders who remit $100,000 over a period of two years.

“In recognition of our overseas Pakistanis who utilise banking channels to send money back home, my ministry has proposed to reward them for their contribution to the national exchequer,” tweeted Special Assistant to Prime Minister on Overseas Pakistanis Syed Zulfiqar Abbas Bukhari.

“I will be backing this initiative with full force; with this we can deal with the menace of hundi/hawala.” After coming to power, the Pakistan Tehreek-e-Insaf (PTI) government initially tried to crack down on the people who had stashed money abroad, said JS Global analyst Ahmed Lakhani.

“Now, the government is trying different and soft tactics to bring the money back into the country,” he added. “After trying the stick, the PTI government is using carrot to set the wheels of economy in motion,” he said.

Hybrid cars of 3,000cc engine capacity could be called high-end vehicles which only the affluent Pakistanis could afford, he said.

However, he held the view that such type of inflows could play a vital role in the country’s economy, which was reeling from soaring inflation coupled with a high interest rate.

The inflow of dollars through such initiatives would help the government in bridging the current account deficit which would, in turn, positively impact the economy and lead to a reduction in inflation and the benchmark interest rate, he elaborated.

“Lower interest rate means local businessmen will be able to borrow at a lower cost and will leverage their business,” he said. “Increased business activity will generate employment, which is direly needed at this point in time.”

However, the government has so far not issued proper directives for the import of cars, he said.

“These kinds of vehicles are environment-friendly so the government should be quick to issue directives to the Federal Board of Revenue (FBR) in this regard,” he suggested. He added that although the government had approved the electric vehicle policy, still it had not issued the notification in this regard.

Pakistan Association of Automotive Parts and Accessories Manufacturers (Paapam) member Aslam Khan underlined the need for the stakeholders to discuss the proposal in a meeting with the EDB on Friday where merits and demerits of the proposal would be debated.