If PM Imran is to be believed, trees give out oxygen even at night

If PM Imran is to be believed, trees give out oxygen even at night 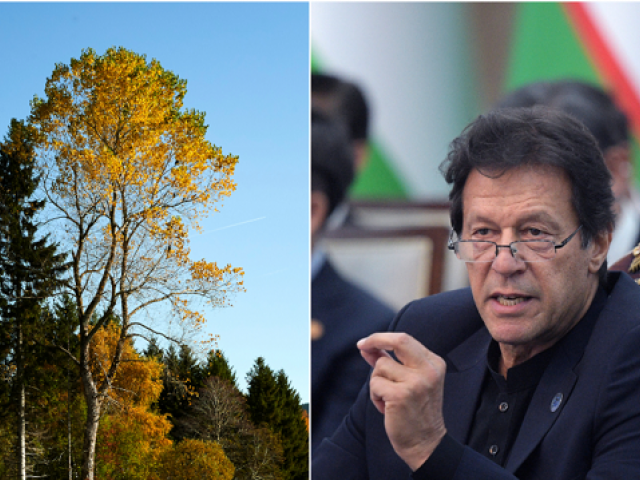 The comment at the launch of the government initiative sparked merciless trolling on social media. PHOTO: RT

Prime Minister Imran Khan has made several verbal fumbles of late. In the most recent instance, the premier was lampooned for dabbling in dubious sciences after claiming that trees pump oxygen at night.

“70 per cent of green cover which existed, has been reduced in last 10 years. The consequences had to happen as trees clean air. They produce oxygen at night & absorb carbon-dioxide,” he said while speaking at the launch of the government’s flagship project for the uplift of the overall outlook of Pakistani cities.

If PM Imran is to be believed, Germany and Japan share a border

Twitter users pounced on the gaffe and mercilessly trolled the premier on the micro-blogging site.

While the head of the state mimics other politicians.. his plants give oxygen in the night…. let’s go back to learning @ImranKhanPTI @PTIofficial ? @BBhuttoZardari @BakhtawarBZ @AseefaBZ @ShahNafisa pic.twitter.com/eiQtggujQN

However, only a few days later, the premier also made the mistake of stating the obvious. “With higher inflation, poverty increases,” Imran said while addressing members of the business community.

But it was his statement on trees that really tickled the funny bone for the purveyors of social media.

The prime minister was at the receiving end of mocking praise for his ‘scientific prowess’, with some even bestowing upon him titles such as “professor” and “Einstein Khan”.

One baffled Twitter user joked that there is “always something new to learn” from Khan.

There's something new to learn from Imran Khan as usual; trees at night provide oxygen. Really?@Xadeejournalist@abbasnasir59pic.twitter.com/Pjhidq5hha

This is not the first time the Oxford-educated Khan has misspoken as earlier this year at an event in Iran, he mixed up France with Japan while giving an example of how the country set up joint industries in the border region to bolster economic ties with Germany.

Japan is an island country in East Asia located in the Pacific. Germany is in central Europe. They had the same location during the 2nd World War in which they were allies. But PM Imran thinks otherwise and says so before international audience. pic.twitter.com/aR45Y7T2bP

“The more trade you have with each other your ties automatically become stronger…Germany and Japan killed millions of their civilians until after the Second World War when they both decided to have joint industries on their border regions,” he said.

PM scoffs at ‘external enemies and mafias within’