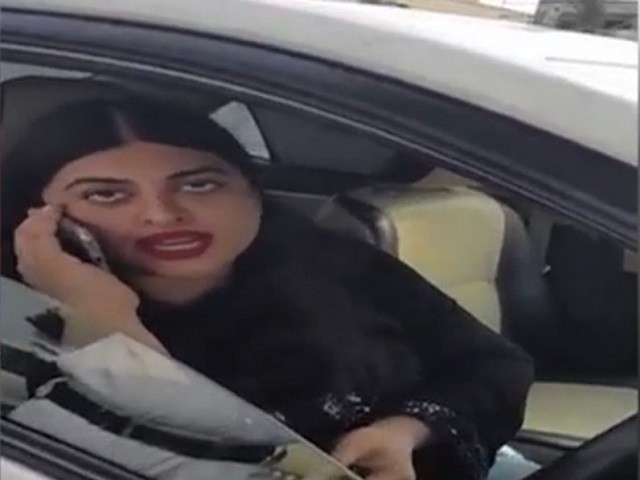 She was outraged at being stopped for breaking a traffic signal on DHA's Khayaban-e- Shahbaz.SCREENGRAB: TWITTER

A case has been registered against a woman who misbehaved with a traffic policeman after she was pulled over for violating a traffic signal in Karachi’s upscale Defence Housing Authority (DHA) area.

The police report, or FIR, was registered on Wednesday at the Darakhshan Police Station on behalf of Sub Inspector Nawaz Siyal against an unidentified woman.

The development came about after the video went viral on social media, particularly over the last 24 hours, with micro-blogging website Twitter abuzz with questions about the sense of entitlement and disregard for the rule of law exhibited by those born with the privilege of affluence.

In the video, recorded by the traffic cop, the female motorist can be seen resorting to uncouth language as well as threatening the cop after he stopped her for running a red light.

The situation escalated quickly after the cop told the woman, reportedly driving without a licence, that she was liable to be fined. “I will break your face” was one of the responses that was caught on tape.

“You just broke the law and on top of that you have the nerve to curse me… This car won’t move from here,” the officer can be seen saying.

She also didn’t pay heed to the repeated reminders by the traffic cop of paying the fine, and belittled him by saying: “All you people do is to beg for bribes.”

The video captured the licence plate of the car as well and according to the excise department’s website, it is registered to Pir Roshan Din Shah Rashdi. The FIR was reportedly sent to his house in Hyderabad.

The footage spread like wildfire on Twitter with users of the micro-blogging site calling for action to be taken against the woman.

Furqan Siddiqui, one user, called for legal action against the woman.

This woman not only violated the traffic signal but also abused the traffic police. She needs to be punished for this as per law. #Karachi @murtazawahab1 @K_TrafficPolice @sindhpolicedmc @CommissionerKhi pic.twitter.com/3vgSRM9NV5

Her language and demeanour also aroused ire on social media, wit one Twitterati’s post calling for action against her being retweeted almost 500 times.

One more video of that foul mouthed woman. She must be arrested to assault the officers on duty.
The incident happened somewhere in Karachi. Her language and attitude with the constables is intolerable.
I repeat, no one is above the law. pic.twitter.com/RQRxGO2ydk

For some, the incident laid bare what they say is the entrenched sense of privilege of the country’s ruling elite.

The face of the elite who r making the most noise & acting like victims while supporting the corrupt in #Pakistan. Those who believe they r above the law. Watch how this woman threatens the Traffic police officer after she was stopped for violating traffic signal in #Karachi. pic.twitter.com/PoW3IaMUht