Women face many challe­nges in terms of transp­ort, due to the risk of harass­ment
By AFP
Published: November 27, 2019
Tweet Email 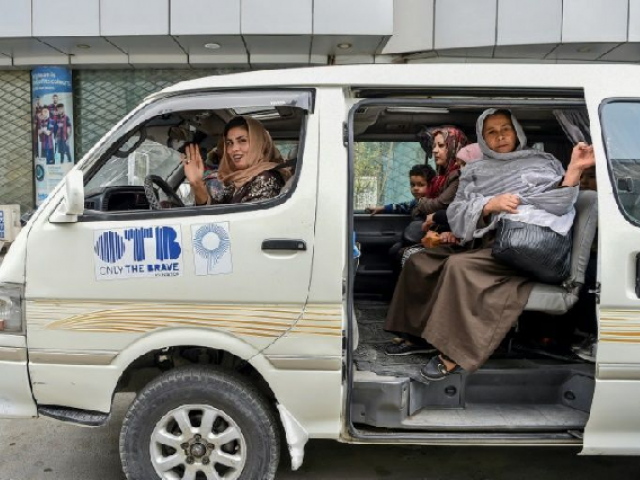 KABUL: Parisa Haidary gets behind the steering wheel of a mini-bus, kicks off her high heels and with a socked foot presses the accelerator, carefully easing the 10-seater into Kabul’s ever-clogged traffic.

The Afghan mother, who works for a women-only bus service, smiles as other road-users – all of them men – gawp in astonishment.

“We get a lot of different reactions,” she says. “Some drivers block our way, others honk at us, some even drive alongside at the same speed when the road is clear.” 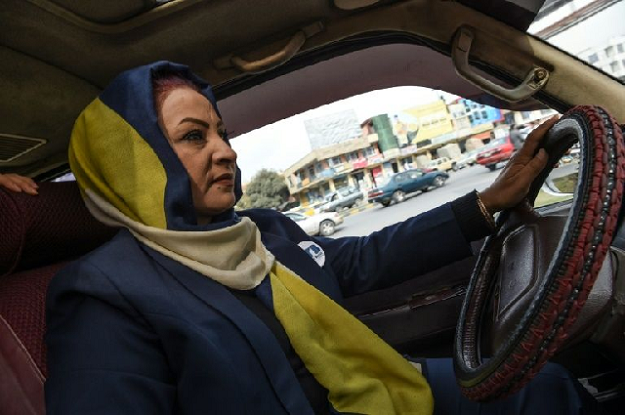 In an ultra-patriarchal society where it remains rare to see a woman behind the wheel, Haidary is one of four drivers working for Pink Shuttle, a pilot bus programme employing only women to ferry female passengers and their kids across the Afghan capital.

“I love driving and am interested in my job. The only concern we have is the security situation. We have to stay fearless,” Haidary said.

The 36-year-old former beautician, who has also worked as a television journalist, and her colleagues were chosen from 100 candidates.

The first-of-its-kind service is helping women navigate the many challenges they face getting around Kabul, where a woeful lack of transport options is compounded by the risk of harassment if they walk on the streets.

Pink Shuttle is being run by Nove Onlus, an Italian non-governmental group that in turn is being supported by the Only The Brave Foundation, created by fashion designer Renzo Rosso. 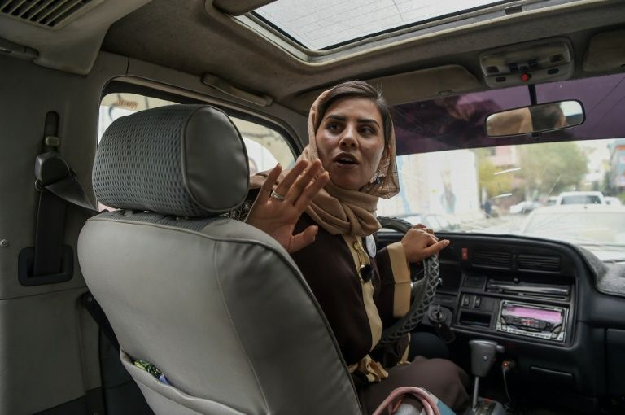 Amiri said the pilot project, which started in May and also receives backing from the US Agency for International Development (USAID), is set to be extended.

While the service is currently being offered for free to a limited number of pre-approved passengers, Nove Onlus hopes it will become financially sustainable within two years.

According to Khan Mohammad Shinwaray, police chief at Kabul’s traffic department, the number of women drivers in the capital has been steadily growing, with 275 licences approved for the first half of the year.

It is a “positive change to see Afghan women driving in Kabul,” Shinwaray said. “There are no restrictions on women becoming drivers.”

Navigating Kabul’s traffic is no easy feat. Traffic can flow fast one moment, then suddenly grind to a complete standstill for hours on end. 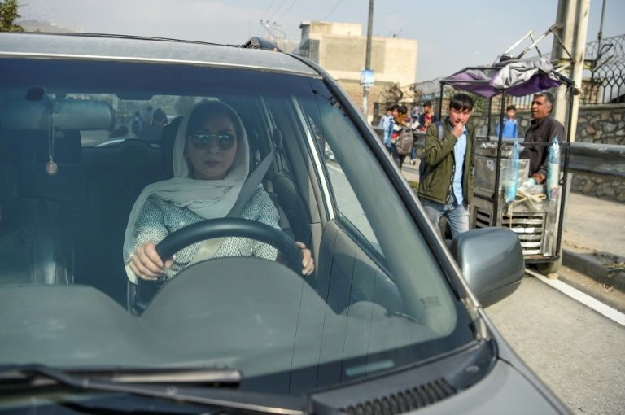 Road signs are non-existent, few of the streets are named and drivers often zoom the wrong way into oncoming traffic. Usually, it is the bigger of two vehicles that wins the right of way.

Congestion has only got worse in recent years as Kabul has been sliced into ever-smaller portions by new security measures and entire streets and landmarks suddenly disappear behind towering blast walls.

When extremist Taliban insurgents swept to power in 1996, women were forced to stay home, barred from most jobs, and deprived of their right to an education.

After the militants were toppled in late 2001 and a US-backed government took over, gender equality was enshrined in the Afghan constitution, though discrimination remains rife.

Fatima Mohammadi, a 31-year-old Kabul resident who has been driving for about four years, said she appreciated the freedom of having a car but still deals with daily harassment on the road.

“I usually don’t leave the windows of the car open,” she said.

“Sometimes when another driver or passerby smiles or says ‘Well done,’ it feels like harassment.”

Women like Haidary and Mohammadi worry the Taliban might one day return to power, and take away their relative freedoms.

Negotiations between the US and the Taliban that could have paved the way to an eventual peace settlement collapsed in September, and now no one is sure what will come next.

“If the Taliban come back, I hope they are not the same group they used to be,” said Haidary. “If they impose the same limitations, we will lose our jobs.”