After much delay, Sindh govt is ready to invite tender­s for the $503m projec­t
By Syed Ashraf Ali
Published: November 27, 2019
Tweet Email 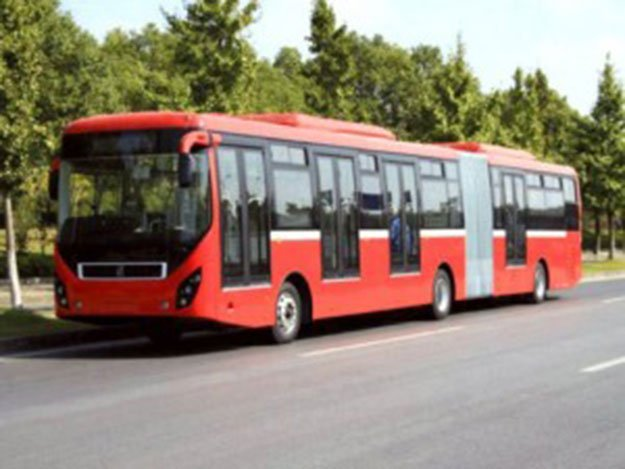 KARACHI: After much sputtering, it appears the Red Line Bus Rapid Transit (BRT) project is finally ready to start.

Delayed for many years, the Sindh government has completed all financial and technical preparations for the transport scheme and will float a request for tenders in January. Construction work on the project is set to begin from August next year and is planned to be completed within the 24 months that follow, officials associated with the development said.

While the Red Line is expected to cost a staggering $503 million, according to project documents shared with The Express Tribune, much of this amount is being loaned by donor agencies on easy terms. The Asian Development Bank (ADB) approved a $235 million loan for the project in July after it was green-lighted by the Executive Committee of the National Economic Council (Ecnec) earlier this year.

The Asian Infrastructure Development Bank (AIDB) approved another loan worth $71.81 million last week and the same amount is also being provided by the French Development Agency (FDA). The Green Climate Fund is providing another $37.2 million as a loan and $11.8 million as a grant to make the project environment-friendly.

The Sindh government itself is putting in $75.9 million and has acquired all the other loans on easy terms. It will have to pay off all debt in 30 years. Although a Sindh government project, the federal government has given a sovereign guarantee for the Red Line BRT.

“Our vision for the Red Line is to ensure it is environment-friendly,” said BRT Project Director Rasheed Mughal. “The buses will run on compressed natural gas (CNG) and there are plans to build a bicycle path along the route.”

According to Mughal, CNG for the buses will be sourced from a specially constructed biogas plant. “This plant will be set up in Bhains Colony and will produce 20,000 kilogrammes of CNG a day from manure,” he told The Express Tribune.

“We will purchase 10,000 kilogrammes of CNG from the Bhains Colony biogas plant at a cost of Rs23 per kilogramme to run the Red Line buses. The other half will be supplied to the Sui Southern Gas Company and fetch the plant Rs1 billion annually, removing any need for subsidy for Red Line operations,” he said. “Under the Community Development Programme portion of the BRT project, dilapidated roads in Bhains Colony will also be cleaned and reconstructed,” he added.

Talking about the Red Line route, the BRT project manager said it would comprise two corridors spanning a total length of 26.6 kilometres. The main corridor will extend from Model Colony to Numaish Chowrangi while the secondary corridor will run from Jama Cloth Market to Tower. The two corridors will be connected by a 2.4-kilometre portion of the Green Line track, which will serve as a common corridor for all BRT lines. He added that a total of 24 bus stations will be built for the Red Line apart from the five stations it will use along the common corridor.

A total of 213 buses will run along the Red Line charging fares ranging from Rs15 to Rs55, according to Mughal. “For the first time, we are implementing a third generation BRT system that will let us like 10 public transport routes to the Red Line corridors via feeder buses,” he said.

“The Red Line’s special corridor will be completely built at grade level without any elevated structure, but elevated roads and underpasses will be built at Newtown Police Stations Bus Stop, Mausamyaat Bus Stop, Safoora Chowrangi and Shahrah-e-Quaideen for general traffic,” he added. “Historic buildings along the Red Line corridors will be renovated and parking areas will be set up as well. We will also build a 53-kilometre drainage system.”

Engineers working on the Red Line said the project plan entails construction on footpaths along the centre of University Road to cause minimal disruption to traffic. They added that Red Line authorities will rebuild any portion of the recently reconstructed University Road that is damaged during construction.

Beyond meeting some of Karachiites public transport needs, the Red Line will also help promote cycling culture in the city, Mughal said. “We are going to build a 58-kilometre cycling pathway from Model Colony all the way to Tower,” he pointed out.

“Given the importance of the Red Line to the city, its construction and operation will be managed by Trans Karachi, a new non-profit which will operate under the Sindh Mass Transit Authority (SMTA),” the BRT project director said. He added that the SMTA Project Implementation Unit will be merged into Trans Karachi which will make further appointments on merit.

“All preparations are complete and tenders will be invited in January. Following that, the project will be launched in August and completed in the following 24 months,” he added.