'Revisi­on is not an issue if justif­ied'
By Umer Farooq
Published: April 1, 2019
Tweet Email 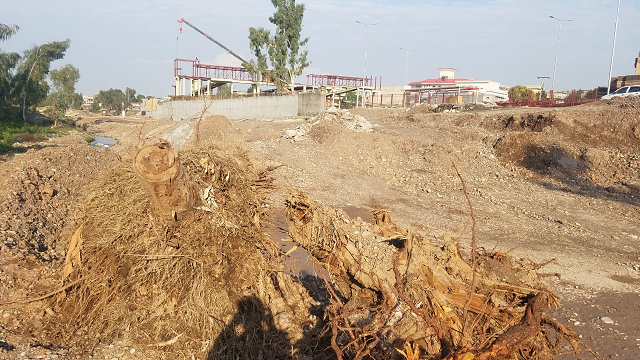 'Revision is not an issue if justified.' PHOTO: EXPRESS

PESHAWAR: The Khyber-Pakhtunkhwa (K-P) provincial inspection team submitted a detailed report on the Bus Rapid Transit (BRT) project with an estimate that ‘some people’ received kickbacks totalling around Rs7 billion. Officials say the project was launched without any proper planning, blaming this for the repeated changes in the road construction plan.

The inspection report submitted by the provincial inspection team to K-P Chief Minister Mehmood Khan expressed serious reservations over the entire project by stating the project was initiated without any comprehensive plan.

The team has found that the route was constructed without feasibility, geotechnical, sewerage, traffic and water supply studies, among other reports, being undertaken before construction of the route.

The route, according to officials privy to the report, has eaten away at an average of 40 per cent of available roadways on either side of the entire BRT route from its starting point to the end point.

One example is the traffic signal already in place near Peshawar Club. Another signal for the BRT escalator has been set up just 50 metres away,” an official informed. “How is it possible for traffic to move smoothly with two signals just 50 metres apart,” he asked.

Another senior official privy to the developments stated that the BRT route has been built, but the rest of the road width has reduced and cannot keep up with rising traffic.

“They built the route by narrowing the roads and now the only option is to bulldoze shops and markets on either side of the BRT route to widen it for mixed traffic,” he said, adding that there were dozens of errors found during the inspection.

“The documented cost is around Rs68 billion, but it will climb further as they will have to alter and [spend more on] construction to address the miscalculations they did initially” the official informed while requested anonymity as he was not allowed to speak to the media.

When asked about the repeated changes in the BRT, the official said there was nothing wrong with changing things as this was necessary and common in civil works in the larger public interest, adding “Revision is not an issue if justified.”

Peshawar Development Authority (PDA) Director General Israrullah said he was aware of the inspection team looking into the BRT project but had not read the report till when he was contacted by The Express Tribune and could not comment on it.

When asked about some of the issues in the report, however, Israrullah stated that not only feasibility but a pre-facility report was also compiled by the Asian Development Bank (ADB), adding that the report was compiled with support from the provincial transport department.

“Again, I would not say the inspection team’s report is incorrect as I have not read it, but I can say that we had a pre-feasibility report done and that too by the ADB,” Israrullah said. He also informed that there would be three-lane roads on either side of the BRT route, which, according to him, will solve current traffic issues.