A helping hand was all these women needed

A helping hand was all these women needed 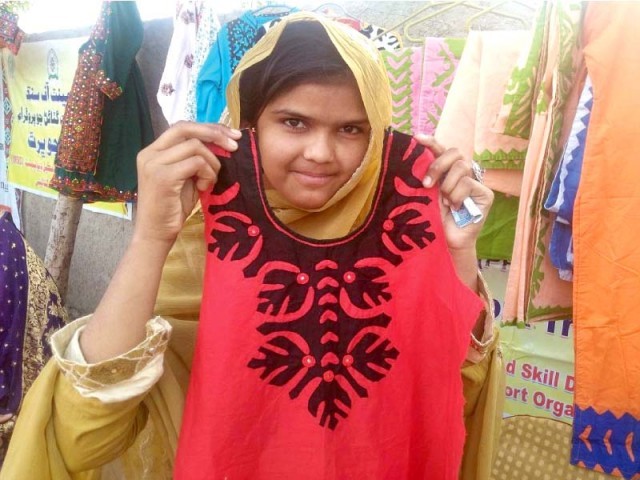 Twice a year, Sartyoon Sang facilitates Shaista and other such women working in the industry by providing them lodgings in Karachi where they set-up exhibitions to sell their handiwork. PHOTO: SARFARAZ MEMON

SUKKUR: Thirteen-year-old Shaista is hearing and speech-impaired and that is not the most remarkable thing about her. She earns a stable income for her family through applique work. The young girl has managed to pull her family out of abject poverty through the skills she learnt at a poverty reduction programme in her village, Lal Bux Taggar, near Sobhodero, Khairpur district.

Shaista studied at a school for the specially-abled and completed her primary education before she was forced to drop out of school due to the lack of education facilities catering to children like her in her village. Shaista, however, refused to accept the fate her conditions appeared to have resigned her to.

In 2017, she enrolled in a poverty reduction programme which was initiated in Khairpur district through a joint venture of the Sindh government and a non-governmental organisation (NGO), Sindh Rural Support Organisation (SRSO).

Shaista, 11-years-old at the time, was unable to hear or speak but took this opportunity to equip herself with applique skills and was soon able to begin earning a living for herself and her family. Today, her eyes shine with the hopes of dreams she is sure to achieve given her confidence and sheer determination to succeed.

She communicates effectively with her clients as well as her loved ones through sign language. The clothes, ornaments, and other items she prepares using her applique skills are up for sale at the Sartyoon Sang Crafts store in Sukkur.

Twice a year, Sartyoon Sang facilitates Shaista and other such women working in the industry by providing them lodgings in Karachi where they set-up exhibitions to sell their handiwork.

Shaista recounted her story in front of a large audience in village Kehar, Khairpur, on the occasion of SRSO Chairperson Shoaib Sultan Khan’s visit to the area. 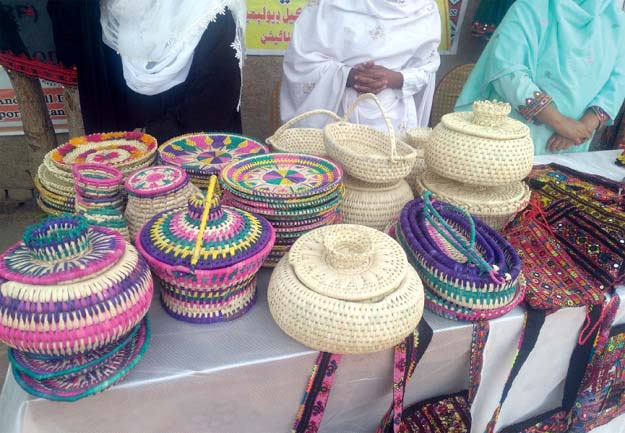 You loan some, they win some

Young Shaista decided early on how the world would see her. When presented with an opportunity to change her story, she did not hesitate and through her work was able to find a voice that had not been granted to her at birth.

The women of Khairpur had several of such stories to share. Benefitting from the support of the same programme, Sheher Bano, Nusrat and eight other women established a wheat grinding plant in their village at the cost of Rs385,000. It was with their sweat and toil that the women were able to prove this investment fruitful and are able today to support their families as well as make interest-free payments on the loan advanced to them by SRSO through the community investment fund.

Similarly, Shumaila, Ghulam Fizza, Noor Bano and others told the audience of their journeys towards financial independence.

The women of Shikarpur also appeared to have made most of the poverty reduction programme which was introduced in their district in 2009. Narrating her story, Najma Pannah said that she took a loan of Rs10,000 through the community investment fund in her district and used it to support her husband’s grocery store. In the time since she has not only repaid the loan but has also managed to collect enough savings to secure a better future for her children.

Meanwhile, Hidayat Khatoon, used the loan she received to establish a fish farm to support herself and her family.

The poverty reduction programme ended in 2012 in Shikarpur and was replaced by the Programme for Improved Nutrition in Sindh and the National Poverty Graduation Programme. Whereas, the community investment fund which had been established in both the districts under the programme is no longer supported by SRSO.

The women now run the fund themselves with money coming from the income they earn. Currently, they have around Rs18 million saved in Shikarpur from which the women provide loans to other women under the supervision of Sartyoon Sang.

Gulshad, Abida,  Mirzadi, Mehnaz, and others, as well as local female leaders of the village and local support organisations, also recounted their stories when the SRSO team visited village Mudd Khoso of Lakhi Ghulam Shah, Shikarpur.

During his visit, Khan distributed cheques in both the districts under the Community Investment Fund and the Ehsas Programme. The amounts given ranged from Rs22,000 to Rs25,000. Khan was accompanied by SRSO CEO Dittal Kalhoro and Sindh government Coordinator Iffat Malik.

According to Kalhoro, SRSO works through social mobilisation. The NGO establishes three centres in the district they are operating – Local Support Organisation, Village Organisation and Community Organisation, which are run by the local women themselves. He said that programmes of the SRSO aim to capacity build by organising local communities and facilitating women empowerment through the provision of funds, training and skill-based education.

With regards to the poverty reduction programme, Khan said that this initiative began in 2009 with the support of the Sindh government and within a decade, it has expanded across 18 districts. According to Khan, eight of these districts are funded by the European Union while the remaining ten are tended to by the Sindh government. “And today, you can see that rural women can work wonders when given the chance to exhibit their talents,” he said.