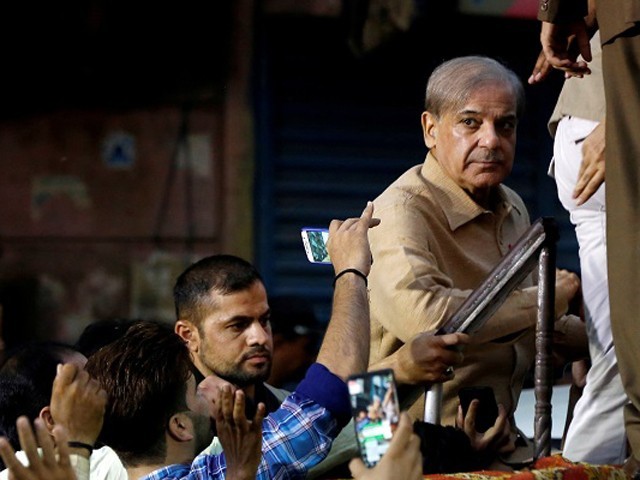 Shehbaz Sharif and his family will not be able to receive any benefit from six industries. PHOTO: AFP/FILE

LAHORE: The National Accountability Bureau (NAB), Lahore has decided to freeze industries belonging to family members of Leader of Opposition in the National Assembly Shehbaz Sharif in the assets beyond means case.

NAB Lahore DG Shahzad Saleem directed the authorities concerned including the Securities and Exchange Commission of Pakistan (SECP) to implement the orders with immediate effect.

Shehbaz Shraif, Hamza Shehbaz, Sulaiman Shehbaz and Nusrat Shehbaz will not be able to receive any benefit from the aforementioned industries following the anti-graft body’s move.

Members of the Sharif family and their financial advisers were also given the copies of the directives.

In July, the anti-corruption watchdog had ordered to freeze all moveable and immoveable assets belonging to Shehbaz and his family members.

In separate letters written to various departments including excise and taxation, revenue and district governments, the anti-graft watchdog banned sale, purchase and transfer of all properties belonging to former Punjab chief minister and his family members including Tehmina Durrani.