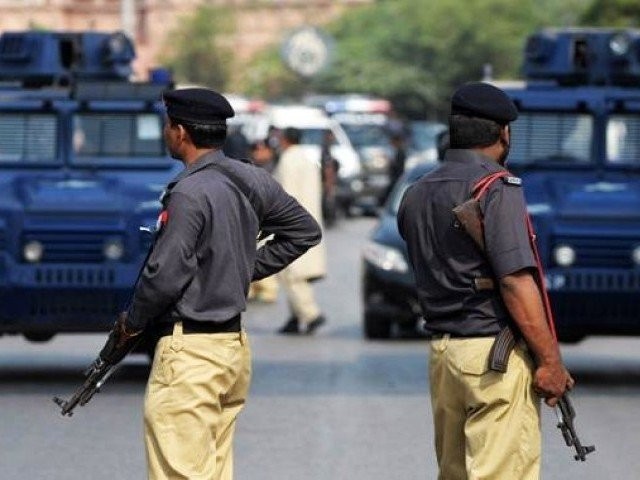 KARACHI: The arrest of Muttahida Qaumi Movement’s alleged target killer, Yousuf alias Thelaywala, and the events following his arrest remain to be shrouded in mystery. The investigation committee formed to inquire into the matter has yet to submit a conclusive report. It has, however, recorded the statements of 12 officials, including cops, and is expected to furnish its findings today (Monday).

On Sunday, the police officers deputed at Soldier Bazaar Police Station denied their involvement in the arrest. It appears that the statements of former Soldier Bazaar SHO Javed Sikander and the suspended in-charge of Anti-Street Crime Squad Imran Gujjar – both the officials relieved of their duties after the release of Thelaywala’s video – contradict each other.

On November 20 (Wednesday), at a press conference held to announce the arrest of the man accused of at least 96 targeted killings, East SSP Ghulam Azfar Mahesar had said that the arrest was made in a joint-operation by Soldier Bazaar Police and the Anti-Street Crime Squad. It was reported on the same day that the arrest of Thelaywala had earlier been announced by the Sindh Rangers on August 24, 2017. While the whereabouts of Thelaywala between the two arrests remain unclear, the plot thickened on Thursday when a video was released in which Thelaywala made startling disclosures, including the claim that he had met Sindh Chief Minister Murad Ali Shah while he was in the custody of the Rangers in 2017.

The committee has recorded the statements of 12 officials, including those of Sub-Inspector Aijaz Hussain, Saleem Niazi, Saleemuddin and other cops who were stated to be part of the police team that arrested Thelaywala. The statement of Baloch Colony SHO Saleem Rind has also been recorded.

Whether the findings of the investigation committee’s report are conclusive remains to be seen. Sources within the police department allege that the East SSP is trying to protect himself and say there is speculation within the department that subordinate police officials will be scapegoated in the matter.

The case against Thelaywala was registered at Soldier Bazaar Police Station on behalf of Sub-Inspector Aijaz Hussain. According to the FIR, four cops arrested Thelaywala from Naseem Cloth Market in Garden West and police officers, Saleemuddin and Saleem Niazi, found a 30-bore pistol during Thelaywala’s body check. The FIR states that they also found a hand grenade inside a black bag. It further reads that Thelaywala’s accomplice, Riaz alias Qabar Khuda, managed to flee the scene.

The investigation of the case against Thelaywala was then handed over to the Baloch Colony SHO.

On Thursday evening, Karachi Police Chief AIG Ghulam Nabi Memon constituted a committee to investigate the release of Thelaywala’s video on the CM’s directives. The committee, headed by East DIG Amir Farooqi and comprising Special Investigation Unit SSP Noman Siddiqui, District West Investigation-II SP Tariq Nawaz and East District Investigation-I SP Irfan Zaman, was tasked with finding out the perpetrator of the “conspiracy” involving the recording and the release of the video. They officials were also assigned the responsibility to investigate the intent behind releasing the video. Additionally, the committee was asked to identify the officials whose negligence led to the release of the video and gather information pertaining to the number of cases registered against Thelaywala. It was further directed to probe into the reasons behind Thelaywala’s release after his arrest in 2017.