Shehal­a Sherin taken to hospit­al from school an hour after being bitten
By AFP
Published: November 22, 2019
Tweet Email 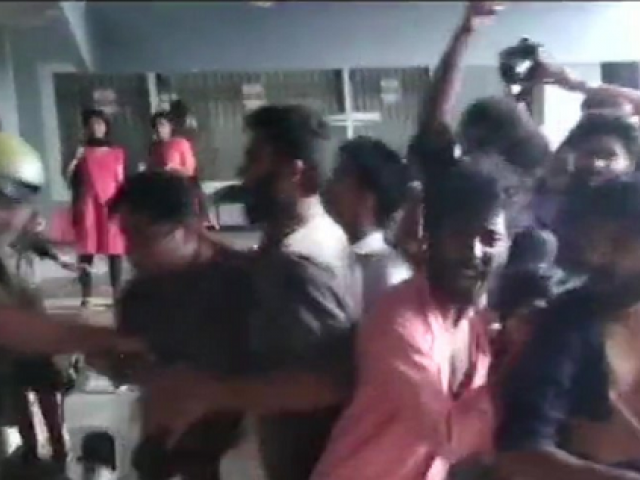 Angry students at an Indian school protested on Friday after a 10-year-old pupil died after being bitten by a venomous snake. PHOTO: ANI

WAYANAD, INDIA: Angry students at an Indian school protested on Friday after a 10-year-old pupil died after being bitten by a venomous snake lurking in a hole under her desk.

Shehala Sherin was only taken to hospital from the school an hour after being bitten and once her leg turned blue, media reports said.

Her teacher, since suspended, ignored her cries of pain and protests from other pupils and carried on teaching the lesson Wednesday at the school in Kerala, southern India.

Her parents drove her to four different hospitals but were told there was no anti-venom. She died on the way to a fifth clinic 90 kilometres away.

Classmates allege the teachers at the secondary school dismissed the injury as having been caused by a nail, stone or similar object.

Around 50,000 people are killed by snakes every year in India, mostly in rural areas, with high mortality rates blamed on a deficiency of health care centres and insufficient stocks of anti-venom.

Among the 150-200 pupils protesting, one with a plastic snake wrapped around his neck said the school had no first aid box and that snakes were common both in the playground and in classrooms, the Press Trust of India reported.

“The teachers are supposed to educate the children on how to react in such situations,” Kerala chief minister Pinarayi Vijayan said, vowing strong action against those responsible.

Rahul Gandhi from the Congress party, who represents the local region, said that the school’s “crumbling infrastructure requires the urgent attention of the state government.”

Even though Kerala, home to 35 million people and run for decades by communist state governments, has India’s highest literacy rate, like elsewhere its schools are often poorly maintained.