Kashmir dispute continues to put future of one-fifth of humanity at risk: FM

Kashmir dispute continues to put future of one-fifth of humanity at risk: FM 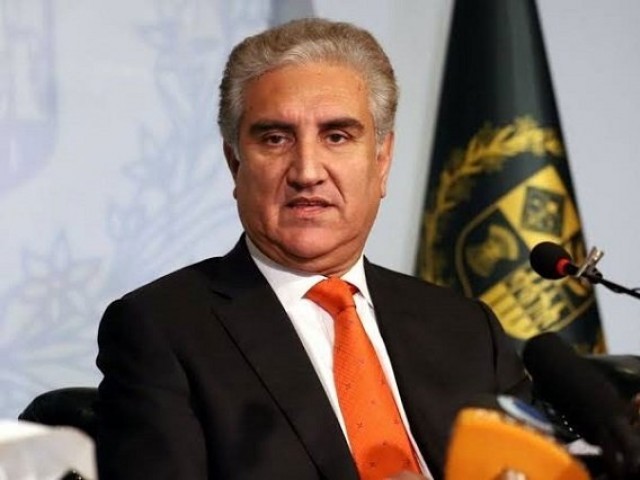 ANKARA: Foreign Minister Shah Mehmood Qureshi on Wednesday said that the Indian government’s illegal and unilateral steps taken in Occupied Jammu and Kashmir on August 5 have brought the entire region to the brink of a humanitarian catastrophe.

“The decades-old Kashmir dispute continues to cast an ominous shadow over the future of nearly one-fifth of humanity, and without doubt, poses one of the most serious challenges to regional and international peace and security today,” he said while addressing a two-day conference titled, “Kashmir Turmoil: Emerging Threats to Peace and the Role of the International Community” in Ankara, Turkey.

The conference is organised by Lahore Center for Peace Research in collaboration with Turkish Think Tank “Institute of Strategic Thinking” (SDE). 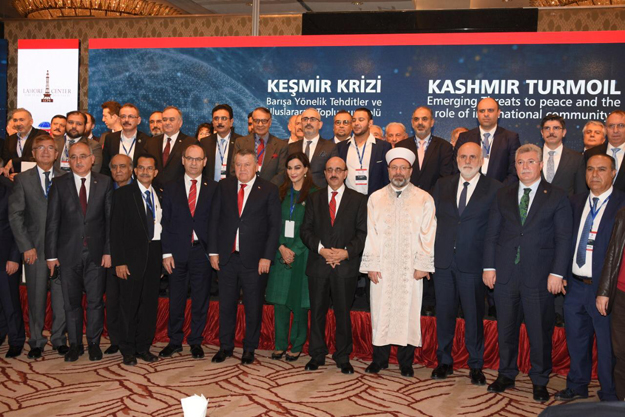 Qureshi said the grave human rights violations are being perpetrated by India to muzzle the voice of the Kashmiris, and change the demographic composition of Indian Occupied Jammu and Kashmir. He said despite international out-cry and condemnation, physical blockade of over eight million Kashmiris as well as communication and media blackout have now entered into their fourth consecutive month.

“Kashmiri political leaders remain under detention… reports of arbitrary arrests, enforced disappearances, torture, extra-judicial killings, denial of basic religious freedoms as well as disproportion use of force against civilians, including the use of notorious ‘pellet-guns’ remain endemic,” he added.

The foreign minister said that at the same time, another threat to peace and security in South Asia is germinating inside India.

Fanned by a vitriolic and extremist ideology, Islamophobia continues to grip India in its stranglehold, and is manifested in the growing incidents of discrimination, victimisation, targeting and lynching of Muslims, he said.

The minorities’ rights to life, liberty and fundamental freedoms are being held hostage to the nefarious designs of the Hindutva ideologues, said the minister. “Sadly, the entire Indian state apparatus is being used to shield and protect those who preach and practice this divisive ideology. A systematic campaign of incitement to hatred against Muslims as well as Pakistan is underway to swell the rank and file of hate mongers.”

The minister said the recent verdict by the Indian Supreme Court regarding the demolition of the historic Babri Masjid by adherents of the same ideology has once again laid bare the reality of India’s secularism and the status of its vulnerable minorities.

Qureshi said Pakistan is desirous of peace and stability in South Asia through the resolution of all outstanding disputes, in particular the Jammu and Kashmir dispute, through dialogue and in line with the relevant UN Security Council resolutions.

The minister regretted that all peace overtures by Pakistan had not only been rebuffed, but responded to by further escalation by India. “Under these circumstances, the role of the international community has never been more important,” he maintained.

Qureshi also expressed deep gratitude to the people and government of Turkey for their principled and courageous stand on the issue.