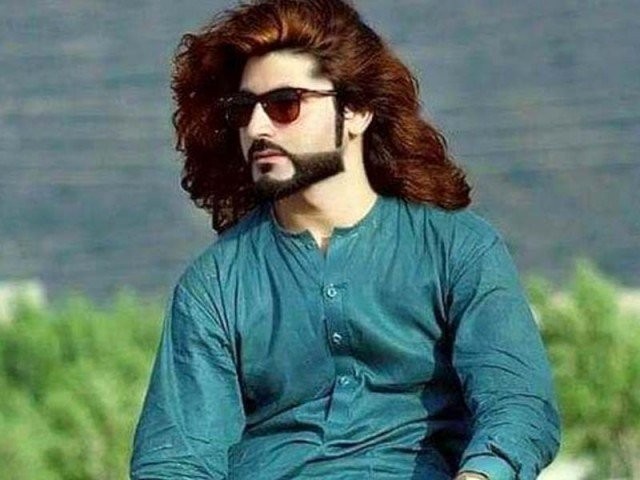 KARACHI: An anti-terrorism court (ATC) recorded the statements of the second eyewitness and another witness in the Naqeebullah murder case on Tuesday. ATC no.3 was hearing the case at Karachi Central Jail.

The petitioner’s counsel, Salahuddin Panhwar, filed a plea on Tuesday praying the court to allow the petitioner, Naqeebullah’s father, to record his statement via video link. The court admitted his plea and issued notices to the relevant parties.

Anwar, DSP Qamar and other accused, who have acquired bail in the case, appeared before the court while jail officials produced the arrested accused.

Eyewitness Hazrat Ali stated before the court that he had gone shopping for clothes with Muhammad Qasim on the 3rd or 4th of January, 2018. “I received a message from Naqeebullah which said ‘let’s meet’. We were outside Sardar Hotel at Al-Asif Square at the time and Naqeebullah called us to Sherpao Hotel,” said Ali. He recalled that when they reached the Sherpao Hotel, Naqeebullah beckoned to the waiter and placed the order. After a short while, said Ali, police officials in plainclothes entered the hotel. Some of them wore shalwar kameez while others were dressed in pants and shirts, he recounted.

“They apprehended us and took us to Sachal Police Post. They kept Naqeebullah in a separate room and detained us in another. A man came and asked us what we do [occupation],” said Ali before the court.

Ali recounted that they were then blindfolded and taken to some other place at a distance of 45 kilometres. “When we asked where are you taking us they said we are taking you to Rao Anwar and he will send you directly to heaven,” said Ali. He told the court that they were taken to a small room at an undisclosed place with manacles on their feet. “They told us to remove the blindfold when they leave. When we opened our eyes we saw that Naqeebullah was also with us. Naqeebullah told us that they had beaten him and demanded of him a million rupees”.

Ali told the court that a man came to the room later in the night and asked for their addresses. The men then took Naqeebullah out of the room and Ali and Qasim heard his screams. “We knew that he was being tortured. A man entered the room we were in and took me outside. He unlocked the manacles on my feet and tied my hands behind me. They laid me down on a wooden table and put water mixed with Naswar up my nose. They did this six to seven times,” Ali told the court. He recalled that ‘they’ took Qasim outside and subjected him to the same. “They asked us what we do and then locked us again in the same room after their interrogation”. Ali told the court that him and Qasim were then taken back to Sachal Police Post and kept in the lock-up. “A tall man with a moustache came and returned our things which they had taken earlier. He told us to not discuss the night’s events with anyone or we would lose our lives,” said Ali.

The eyewitness told the court that it was on January 17 that him and Qasim found out that Naqeebullah had been killed by Anwar’s team. “We saw Rao Anwar’s press conference on social media. His voice was the same as the one we heard when we were kept there.”

The defence lawyer asked Ali if his father, Shakir Saeed, was a witness in a case to which Ali replied yes.

“You had a brother named Khattab who was killed in a police encounter. He was accused in several cases of killing police officials and he was on the run,” said the defence lawyer.

“Yes, my brother Khattab was on the run and was involved in attacks on the police but I did not know that,” said the eyewitness.

Anwar’s counsel asked Ali if he informed any police station or any other authority of what had happened to him and Ali said that he did not. Advocate Mansoob then asked if any complaint was filed when Ali went missing for 72 hours. “No complaint was submitted but my father went to Pirabad Police Station and Edhi Centre.”

The defence counsel asked Ali if he had stamped the statement he gave to the police official and if he had given the same statement before the court. “Yes, I told the same,” replied Ali.

Advocate Mansoob asked him whether the inquiry committee recorded his statement and Ali replied that he did not remember that. “You did not state in your statement to the police that you went to Al-Asif Square with Muhammad Qasim on January 3 or 4,” said the counsel. To this Ali replied that he had mentioned that he went shopping for clothes and had mentioned Muhammad Qasim as well. Advocate Mansoob pressed further and said that what he was asking was not mentioned in Ali’s statement. The defence counsel also said that Rao Anwar was not mentioned in the statement given to the police. Ali said that yes, it wasn’t mentioned. “Your statements under sections 161, 164 and the statement given before the court are different from each other. Did you go to any government hospital after getting released as you had been tortured for 72 hours?” said advocate Mansoob. “Yes, I went to Abbasi Shaheed Hospital,” said Ali. The defence counsel then asked him if he provided the medico-legal officer’s report to the IO and Ali said that he did not.

Witness Sharob Khan also recorded his statement before the court. He recounted that he was going to his home on January 3 or 4 of 2018 when he saw officials dressed in plain clothes arresting three people. “I could identify one of the three people as Naqeebullah while the other two men were Pathan [Pashtun]. They went towards Abbasi Town and I came to my house,” he said, adding that he could identify some of the persons.

Meanwhile, the counsels of two other accused asked Khan if he had any cases against him. “I have been acquitted in one case and have acquired bail in another,” said Khan.

The counsels of the accused completed the cross-examination of both the witness statements.

Anwar’s counsel dubbed both the witness statements as false while the court admitted the petitioner’s plea praying the court to record his statement via video link.

The court issued notices over the petitioner’s plea and adjourned the hearing till December 3 while summoning more witnesses.