Shop rent in Pakistan’s big shopping malls higher than US

Shop rent in Pakistan’s big shopping malls higher than US 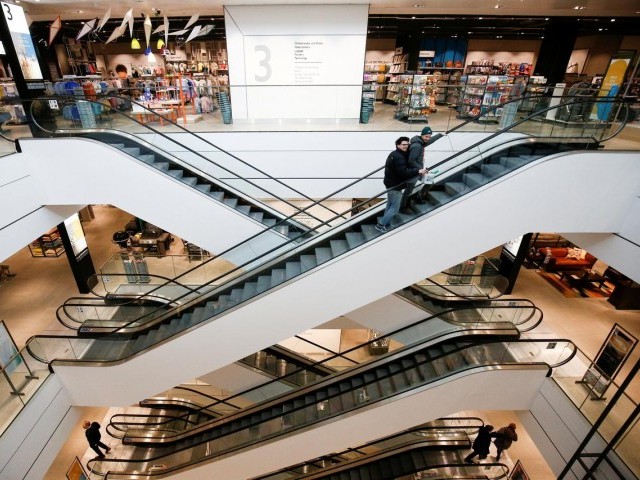 KARACHI: One of the oldest menswear brands in Pakistan has decided to shut its physical operations and operate online owing to the skyrocketing rent of real estate.

“Physically, we are no longer in the business of apparels,” said Cotton and Cotton CEO Alam Najiullah while talking to The Express Tribune. “A caterpillar dies to become a butterfly.”

He revealed that the rent of shops in big shopping malls in Pakistan was higher than the rent charged in malls in the US.

He pointed out that a shop measuring 1,000 square metres anywhere in North America could be rented for $5,000 per month but in Pakistan, the rent of such a shop was higher. “Because of greedy landowners, we are forced to shut our business, which was the first chain of menswear in Pakistan,” Najiullah said. “If we operate any longer, the landlord will consume us.”

He said many other apparel businesses were considering operating online and reducing the number of shops because of skyrocketing real estate prices. When asked about the high prices of menswear of the brand, he agreed that prices were a bit higher than usual.

“Our quality is good but the price is relatively higher, which is not affordable by many Pakistani residents,” he said. “When it comes to menswear, we have seen purchases become fewer and fewer over time.”

In contrast, sales of women apparel are three to five times higher, which was why most enterprises chose to enter that market, he said. Shopping mall owners grant concessions to large businesses but not to smaller ones, he said. Similar is the case with government authorities. The government grants tax relief to bigger businesses.

“Although this happens around the world, many retail businesses are closing in the US and UK for this reason and therefore in Pakistan as well,” he said.

Cotton and Cotton was set up in December 1991 in Karachi, Lahore and Islamabad with a network of 14 shops. When it ceased physical operations, the company had 10 shops in the three cities.

“Cotton and Cotton is now going to target Pakistanis living abroad,” said Najiullah. There are 500,000 Pakistanis in Canada, almost the same in the US and over a million in the Middle East, he pointed out.

“That segment is our real target because that is the real middle class of Pakistan, they have the buying power to buy quality shirts,” he said. “For Pakistan, we will introduce relatively low-cost shirts starting from Rs3,000,” he said.

“For Pakistan, we will introduce relatively low-cost shirts starting from Rs3,000,” he said. “Our company started as a Pakistani company and will remain Pakistani even if we do business outside the country.”