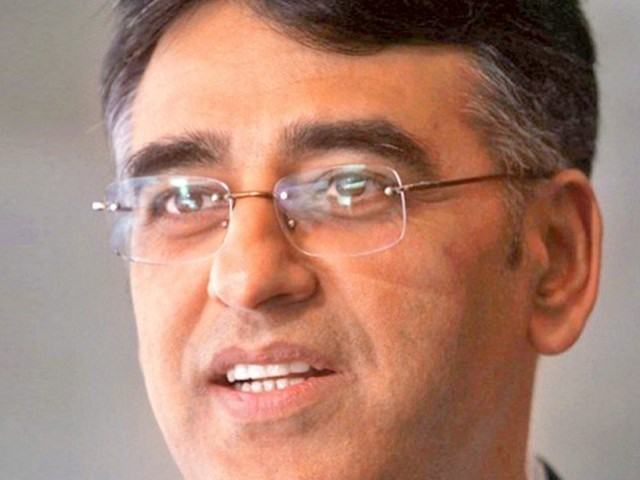 ISLAMABAD: After having promised a new rent control act if his party took over, MNA Asad Umar on Monday could only offer more promises on the law to the business community of the federal capital.

“The current National Assembly will soon pass an amendment to the Rent Restriction Act for Islamabad to settle this long-standing issue,” Umar promised. He was addressing the business community of the federal capital during his visit to the Islamabad Chamber of Commerce and Industry (ICCI) on Monday.

Umar, who was elected from the federal capital during the July 2018 general elections and was then appointed as the federal finance minister for six months, had promised during his election campaign that if his Pakistan Tehreeke-Insaf (PTI) was elected into power in the centre, he will work to get the rent control law cleared from parliament.

Umar, who lasted in the federal finance minister’s chair for a little over six months, acknowledged that the demand for a balanced rent control law was a longstanding issue for local traders.

However, he conceded that this demand has yet to be met. He went on to state that during the tenure of the Pakistan Muslim League Nawaz (PML-N) government, his party had presented an amended bill on rent control in Islamabad in the National Assembly, but it was not passed into law.

But after the July 2018 elections and the PTI rising to power, he said that they presented the amended bill again in the house. Umar updated businessmen that this amendment presented before the house had been passed by the relevant standing committee. He hoped that the bill will soon be tabled on the floor of the National Assembly and that it will be passed.

In this regard, Umar assured the businessmen of the federal capital that the government has developed an understanding with opposition members on lawmaking in parliament. He hoped that in the spirit of this agreement, they will be able to develop consensus amongst lawmakers on both sides of the aisle to streamline the process of law-making whereby the amendment can be passed.

He further assured that he will meet with the Special Assistant to Prime Minister (SAPM) on Capital Development (CDA) Affairs Ali Nawaz Awan and fellow MNA from the federal capital to resolve issues faced by the local business community relating to the civic authority.

PM opted for IMF deal despite another option: Umar

He congratulated the ICCI office bearers for assuming their portfolios and expressed his best wishes for them. Earlier, ICCI President Ahmed Waheed said that the business community of the federal capital was facing a host of issues from the CDA with the civic body refusing to resolve some of their key issues on time.

The ICCI president further noted that the construction of a new industrial estate for Islamabad has been notified but the project seems to have been shelved. This, Waheed argued, had hampered their efforts to promote industrialisation in the federal capital.

Moreover, he said that based on proposals submitted by the ICCI, the CDA Board had approved amendments in the industrial building by-laws four years ago, but these new by-laws have yet to be officially notified.

As a result, the reforms contained within these bylaws remain stalled. He requested Umar to play his role as a key member of the PTI government and an elected lawmaker from the federal capital.to resolve the CDA-related issues of the business community.