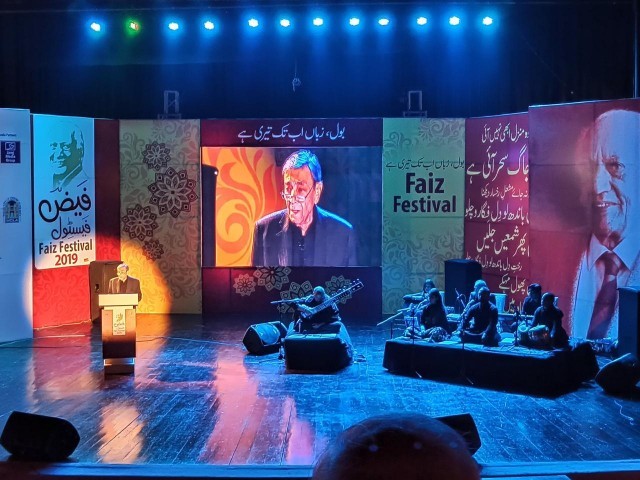 LAHORE: Marsiya, a genre of Urdu poetry can trace its origins to the subcontinent, said an expert on Urdu language, literature, and poet Dr Arfa Zehra.

Dissecting the origin, form and history of different genres of poetry, Zehra explained that Marsiya is our own genre. She said that the subcontinent witnessed an amalgamation of different civilisations and of different Muslim cultures.

They brought with themselves expressions of sorrow and joy which eventually led towards the birth of Marsiya. “It was not only to grieve the death of the people; it was written to mourn the death of principles,” she added.

According to Qasim, Marsiya is influential because it described the pain of the most tragic incident in history. He maintained that the genre of Mussadas has also been introduced by Urdu.

Zehra said that poetry is inherently connected to understanding of and the expression of grief. She quoted an example in which Ghalib had used ‘aesay’ and ‘jesay’, words which are used where there is frankness.

She recited a verse from ‘Naat’ written by Ghalib, in which these words denoted love and veneration. She said that every one of us has an imagination. However, poetry can transform it into feelings. “Poetry narrates what is deep down inside our hearts and we become familiar with it,” she added.

Qasim said that according to a survey, there have been over 35,000 Urdu poets. At least 1,000 of them had a dewan. Zehra stated that among the many influential poets, the three greatest included Mir Taqi Mir, Mirza Ghalib and Allama Iqbal.

Discussing the genre of ghazal, Zehra said that it has different meanings. Some said that its meaning is talking to girls. Another meaning refers to the scream of a deer after it is hunted, she said.

“In ghazal, the poet has to pick and choose the placing of words and weave it using their imagination. It is a delicate process,” she added. At the end Zehra recited a few verses.

She ended the session, stating that it so difficult to sum up and talk about the genres of poetry in 45 minutes. “Poetry is said to be food for the soul. Through it, the use of the simplest words takes us to new heights of imagination,” she said.