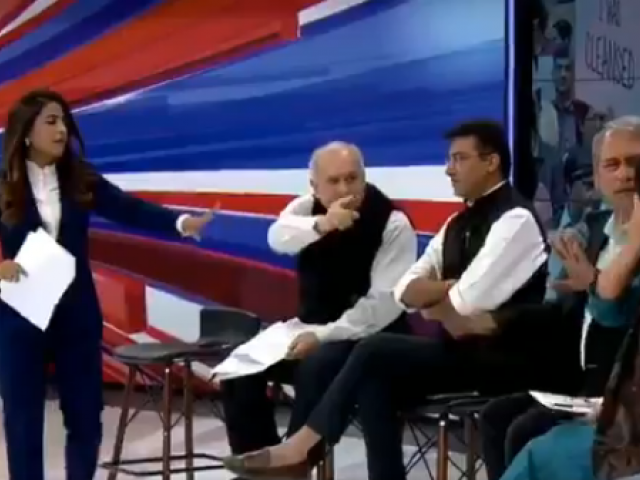 President Dr Arif Alvi has hit out at a former Indian military general for supporting rape of Kashmiri women during a TV debate, where he can be heard saying “death in return for death, and rape in return for rape”.

“Disgraceful. Maj Gen (R) SP Sinha a leader of BJP advocates rape of Kashmiri women on TV,” said the president in a tweet on Sunday.

“Imagine the fate of women in Indian Occupied Kashmir [IOK] where such men wield power with total impunity,” he added.

Occupied Kashmir has been under lockdown since August 5 when the Prime Minister Narendra Modi-led BJP government revoked the autonomous status of the disputed region in a bid to convert the Muslim majority of the area into minority.

Disgraceful. Maj Gen(R) SP Sinha a leader of BJP advocates rape of Kashmiri women on TV. Imagine the fate of women in Indian Occupied Kashmir where such men wield power with total impunity. Indian forces have used rape as a tool according to HRW report https://t.co/tfKDIjWLib https://t.co/7NBCJ9WvB1

It drew an instant rebuke from fellow panellists as well as the woman anchor. The retired serviceman was asked to apologise but he stood by his remarks.

To make matters worse, he did an instant poll on the channel and some from the audience, which included women, can be heard supporting him.

This is not the first instance where an Indian political leader made a such statement. Earlier in the July, a BJP’s women wing leader was removed from her position after she encouraged “Hindu brothers” to gang-rape Muslim women openly in the streets.

“Muslim mothers and sisters should have their honour looted as there is no other way to protect India,” said Sunita Singh Gaur in a Facebook post.

AJK can be turned into engine of growth, productivity for region: President Masood