CM will announ­ce relief packag­e for affect­ed famili­es within two days after the commit­tee submit­s report­
By ​ Our Correspondent
Published: November 17, 2019
Tweet Email 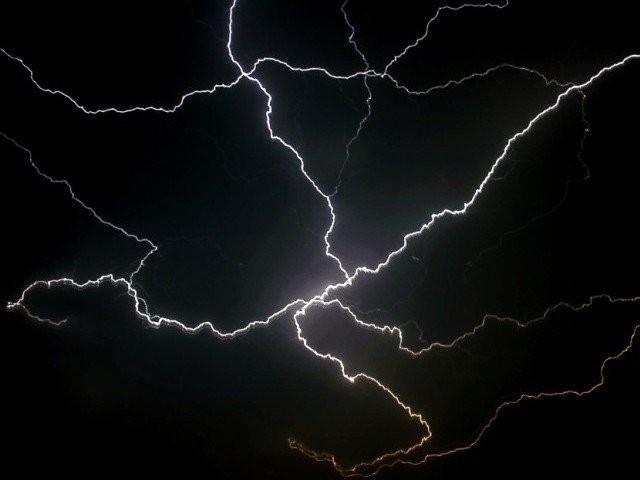 “The local administration has put the figure of deaths caused by thunderbolt at 18 while the media has been reporting 21 deaths,” said Sardar while talking to the media in Darbar Hall, in Mithi. The committee was earlier given a briefing by Deputy Commissioner Shahzad Tahir Thaheem.

Death toll from freak lightning strikes in Tharparkar climbs to 25

Sardar said that the CM will announce the compensation and relief package for the affected families within two days after the submission of the committee’s report. He added that a complete survey of loss of lives, livestock animals and crops will be conducted. “The provincial government, despite its scarce resources, will try to compensate the affected people,” he said.

Sardar and other provincial ministers said that natural calamities like lightning, torrential downpours, floods and earthquakes occur globally and claim lives, displace people and render financial losses. They said no such incident of lightning strikes in Thar can be found in the records during last ten decades.

Zaman said that under the Sindh Calamity Act the compensation for a person who lost his or her life in a natural calamity has been fixed at Rs100,000. He, however, acknowledged that the sum is insufficient and assured that not only the law will be amended but the provincial government will provide a higher amount of compensation to the affected families in Tharparkar and other districts of Sindh.

He said the committee will also recommend to the CM to declare Tharparkar a disaster-hit district. “But we can’t announce that no revenue tax will be collected from Tharparkar until the survey is completed,” underlined Zaman.

Sardar claimed that the federal government has been releasing only between Rs33 billion to Rs35 billion per month against Rs55 billion monthly allocation for the province under the National Finance Commission Award. The situation, he deplored, has constrained the development and non-development expenditures of the provincial government, which is even finding it difficult to pay salaries to the government employees.

“Around 100,000 people of Tharparkar gave their votes to the foreign minister Shah Mehmood Qureshi. But why doesn’t he come [here] to provide relief and compensation to those people?” he asked, adding that the Centre has forsaken Thar.

The minister said Pakistan Peoples Party considered itself answerable before its electorate unlike Pakistan Tehreek-e-Insaf.

Pitafi said that 250 health centres and hospitals for livestock animals have been operating in Tharparkar because the district has the largest population of livestock. The province has a total of 900 such facilities, he added. He said that vaccination campaign to immunise livestock from post-rain health conditions has been started and bemoaned that the Center did not help the province deal with the locust attacks.