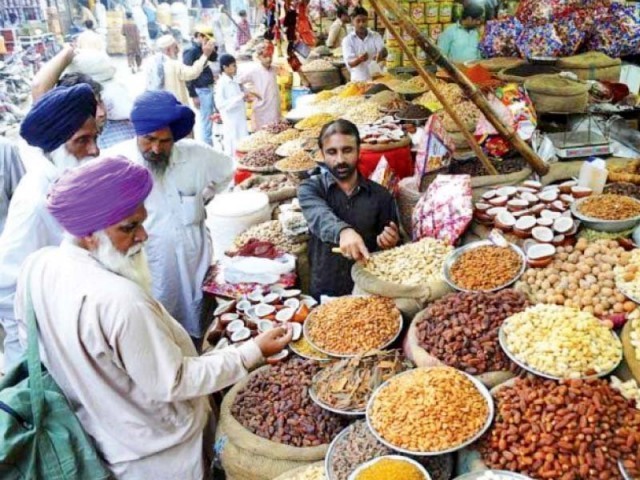 LAHORE: Myriads of Sikh yatrees from all over the world shopped in various markets of the city while soaking in the warmth of Pakistanis.

Yatrees enjoyed eating traditional foods on the streets of Lahore and also visited the famous sites of the city, such as, Dehli Gate, Moti Gate, Rang Mahal, and other places of the walled city. They found Pakistanis very hospitable and loving.

The shopkeepers sold their goods at discounted prices to express their courtesy towards Sikh pilgrims, which compelled them to shop with enthusiasm.

Some of them were ecstatic to see the streets of the walled city reliving their childhood memories. The pilgrims also ate seasonal fruits and other gourmet things in the city.

Few of the Sikh yatrees, named Prit Kaur, Ram Singh, Dhamundar and Pinki expressed their joy and said that they are extremely glad to visit Pakistan and they are feeling that they have come to their second home.

The yatrees said they would never forget the love and sincerity of Pakistanis. Many added showed them great hospitality and affection.

They found Pakistan to be a very peaceful country and wanted to stay here longer. “The markets here are beautiful.

It will not be an exaggeration if one calls Pakistan a statue of love,” one of them stated.