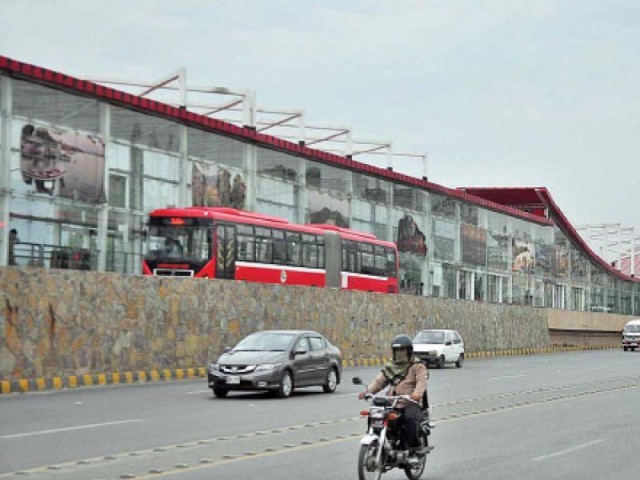 A Metro Bus approaches its terminal after the service resumed in the twin cities on Thursday. PHOTO: APP

RAWALPINDI: People of the twin cities heaved a sigh of relief when the Metro Bus service resumed after a break of 14 days.

The service which shuttles over 120,000 people around the twin cities was suspended on October 31 with the arrival of Jamiat Ulema Islam-Fazl Azadi March.

The march was given space behind the Sector H-9 Metro Bus terminal due to which it was shutdown, leaving commuters at the mercy of taxi drivers.

The Metro Bus Authority is said to have suffered Rs49 million loss due to closure.

The district administrations of Rawalpindi and Islamabad had allowed the Punjab Masstransit Authority to operate the bus service after the JUI-F’s sit-in ended.

The authority generates revenue of some Rs3.5 million per day through the Rawalpindi-Islamabad bus service.

IHC takes strong exception to use of force in Tamma Morian