In a 23-minute -long video, the actor vows to keep on spread­ing the messag­e of the Almigh­ty
By Entertainment Desk
Published: November 15, 2019
Tweet Email 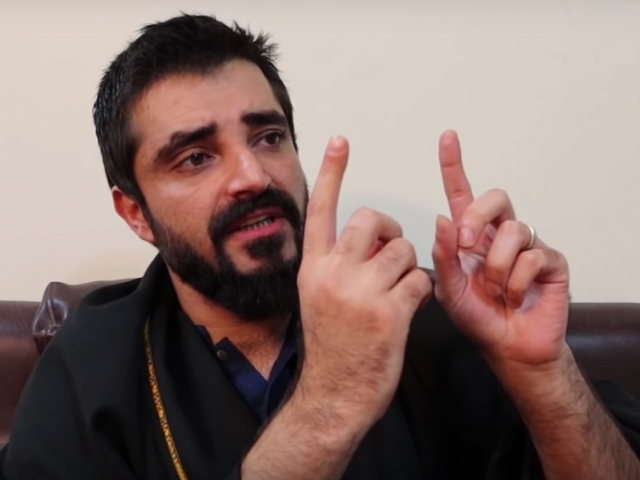 Hamza Ali Abbasi, last month, took to Twitter and shared that soon he will be sharing some personal news with his fans and followers.

Taking to the micro-blogging website, the actor wrote, “A journey of more than a decade comes to an end. I have a very important announcement to make at the end of this month. Will hope my voice reaches many. Will be off social media till the end of October.”

A journey of more than a decade comes to an end. I have a very important announcement to make at the end of this month. Will hope my voice reaches many. Will be off social media till end of Oct.

Now, Hamza has shared that news. The actor has decided to bid farewell to his acting career for good. He also shared his journey from atheism to Islam.

In a 23-minute-long video, the Waar star shared that he has decided to leave the entertainment industry to follow the path of Almighty.

“I had this divine intervention some time back, that all that I am doing in this world will end the moment I die,” he shared in the video. “All these trophies, all these accolades will not bring me any good on the Day of Judgment when I meet my Maker. I have decided that I want to leave everything that might be a hurdle when it comes to making my matters easier on the Day of Judgment.”

The actor shared how when he was 14-15, he became an atheist since he could not find answers to who could create such a universe. He shared he had questioned his life. But it was science that made him come back to the religion.

“I thought about it and it came to my understanding that there has to be a Divine power that is controlling all of this,” he added. “That’s how I started reading and then came back to Islam. I found out that there is so much that has to be understood.”

He further added how, contrary to some rumours, he is not joining electoral politics any time soon. “I think in politics, you have to lie a lot to defend your party and your peers. It isn’t something I resonate with. I don’t wish to lie or do something I don’t believe in, so entering politics is not on the cards right now.”

Hamza added that what he really wants to do now is talk about religion and hopes to inspire others as well with his journey.

“My perspective of life has been changed since I realised that I have to meet my God. With this realisation, what I decided to do is that I now wish to talk to people. I wish to spread the message.”

Hamza added that he will now only make videos to share his knowledge about religion. He will also talk about this in various interviews and shared that he will be leaving the entertainment industry indefinitely.

The actor thanked his fans for the undying support and love over the years and further said that he will be making shows and films, even if he won’t act in it.

The actor claimed that his productions will not have any vulgar content, nor will it be obscene. Hamza vowed to use this medium for spreading the message he believes in.

He added his productions will show Pakistan, its culture and Islam in the right light. Hamza also said that he will be quite active on YouTube, on which he will keep on making videos on topics he thinks should be addressed.