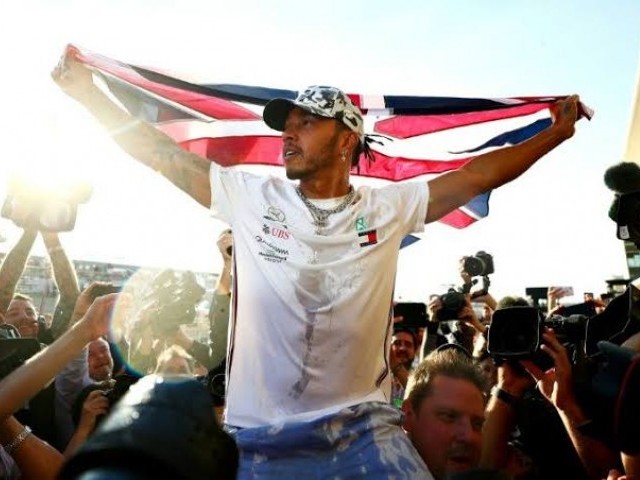 SAO PAULO: Lewis Hamilton and Mercedes will dig deep for true motivation at this weekend’s Brazilian Grand Prix when they return to action for the first time since celebrating a unique sixth drivers’ and constructors’ double this year.

A week after shaking off their hangovers following Hamilton’s sixth title success, the team has to stay focused for two more rounds of the 2019 championship, starting in Sao Paulo and finishing in Abu Dhabi on December 1.

Unexpectedly and, perhaps, significantly, the Silver Arrows will race at the atmospheric and famous Interlagos circuit, where Hamilton won his first title with McLaren in 2008, without team boss Toto Wolff in charge.

Amid a swirl of speculation about his and the team’s futures, he has decided to miss a race for the first time in six years with many observers suggesting his focus is less intense and others saying that Mercedes may be preparing to leave F1 for other challenge, including Formula E.

Wolff rejected the idea that any decision to leave was taken when he said “everything indicates that we will stay, but it’s not given” and raised concerns about the future for motorsport.

“In which direction is the automotive world developing?” he asked ESPN. “In what form is F1 relevant as an entertainment and technology platform? And, as a brand, whose first car was a racing car, do we want to stay on this platform in the long term?”

Predictably, with the major issues settled, much focus in Brazil will be on the future of the sport in 2020 and beyond — which makes it inevitable that the top drivers and their teams will be watched and analysed closely.

Hamilton, 35 in January, has been linked consistently with a career-ending move to Ferrari if he loses enthusiasm at Mercedes and needs a final new challenge, but he is likely to banish the rumours with a committed showing.

The men of the future — Max Verstappen and Charles Leclerc — will both also be scrutinised for signs that they are ready to be future champions in F1’s new age, from 2021, when the sport ushers in a new formula.

Dutchman Verstappen, linked with both Mercedes and Ferrari, said this week: “I am happy where I am and I want to win with Red Bull. It’s the team that allowed me to enter F1 and there is a sense of loyalty to them. I feel at home here.”

He added that he and Hamilton may have appeared to be involved in verbal jousting recently, but that it was nothing serious.

“We never quarrelled — we have talked to teach other and I respect him.”