Pakistan rules out 'deal' on Jadhav

Pakistan rules out 'deal' on Jadhav

Foreig­n Office says all action­s regard­ing Indian spy case will be in line with laws of Pakist­an
By Our Correspondent
Published: November 14, 2019
Tweet Email 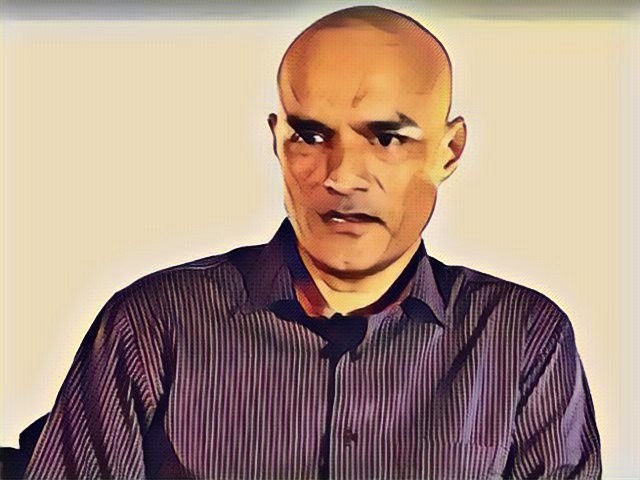 ISLAMABAD: Pakistan on Thursday said there would be no ‘deal’ with India on Indian naval officer-turned RAW agent Kulbhushan Jadhav, who was given death penalty by a military court for being involved in espionage and terrorism in the country.

“There is no question of any deal regarding Commander Kulbhushan Jadhav,” was an emphatic response by Foreign Office spokesperson Dr Muhammad Faisal on a question whether Pakistan would release the RAW agent as a goodwill gesture as it did in the case of captured Indian pilot in February.

The case of Jadhav has been once again in the limelight after reports that Pakistan was considering bringing changes to the Army Act, allowing the Indian spy legal option to file an appeal against his conviction before a high court.

The army; however, termed the reports incorrect while clarifying that various legal options for review and reconsideration of the case were being considered and the final status would be shared in due course of time.

Foreign Office spokesperson Dr Muhammad Faisal made it clear that all actions would be in line with the laws of Pakistan.

“The decision of the ICJ (International Court of Justice) will be honoured in the light of laws of Pakistan. There should be no doubt in this regard. The ambiguity created unnecessarily was already cleared by the ISPR director general in his statement,” Faisal added. In July, the ICJ asked Pakistan to grant India consular access to its convicted spy while at the same time called for an ‘effective review’ of the case.

Pakistan has already complied with the UN-affiliated world court ruling by granting India the consular access. The second direction of the ICJ related to the effective review is under consideration.

Anyone convicted under the Army Act cannot file an appeal before a high court. In order to find a way out, the government and the relevant authorities are currently working on various options.

Jadhav was arrested in an intelligence-based operation from Balochistan in 2016.

Within days of his arrest, he confessed to having been working for RAW. He also admitted that he was tasked by RAW to carryout subservience activities in Pakistan — particularly in Balochistan and Karachi.

In his trial at a military court, Jadhav had confessed to his involvement in terrorism, and was sentenced to death in 2017.

The spokesperson voiced Pakistan’s concerns over the recent verdict by the Indian Supreme Court, allowing the construction of Hindu Temple on the disputed land where Babri Masjid stood for over four-and-a-half centuries.

“The decision has, once again, failed to uphold the demands of justice,” the spokesperson said.

He noted that the decision had shredded the “veneer of the so-called secularism of India by making clear that minorities in India are no longer safe; they have to fear for their beliefs and for their places of worship. A process of re-writing history is underway in India in order to recast it in the image of a ‘Hindu Rashtra’ in pursuance of the Hindutva ideology.”

“It is also fast affecting India’s major institutions. The rising tide of extremist ideology in India, based on the belief of Hindu supremacy and exclusion, is a threat to regional peace and stability.”

He demanded that the Indian government should ensure protection of Muslims, their lives, rights and properties, and avoid being yet again a silent spectator of Muslims becoming victims of Hindu extremists and zealots.

Faisal said the foreign secretary briefed the ambassadors of OIC on the implications of the Ayodhya verdict.

Contrary to Indian claims of this being an “internal” matter, the Babri Masjid demolition has remained on the agenda of the OIC since 1992, he said.

“The OIC has also addressed this issue in numerous resolutions and declarations, including at the summit level,” he told reporters.

The spokesperson also condemned the restrictions imposed by the Indian authorities on all congregations in Indian Occupied Jammu and Kashmir on the occasion of Eid Milad-un-Nabi.

“All roads leading to the Hazratbal Shrine in Srinagar and other holy shrines and mosques in occupied Jammu and Kashmir were sealed by Indian occupation forces to stop any processions on this auspicious occasion, which is traditionally observed by Kashmiris with great fervour,” he said.

He said the imposition of restrictions on celebrations and other congregations on the birthday of the Holy Prophet (Sallalaho-Alaih-e-Wasallam) represents utter disrespect for the sentiments of the Muslims of Indian Occupied Jammu and Kashmir. It is also a flagrant violation of their fundamental freedom of religion.

The Indian government should immediately restore the internet and mobile phone services, release all prisoners, especially civil society members and the abducted young children, remove Public Safety Act and other draconian laws, and allow the independent media and international human rights observers to visit the region to independently observe the situation of the Kashmiri people, he demanded.