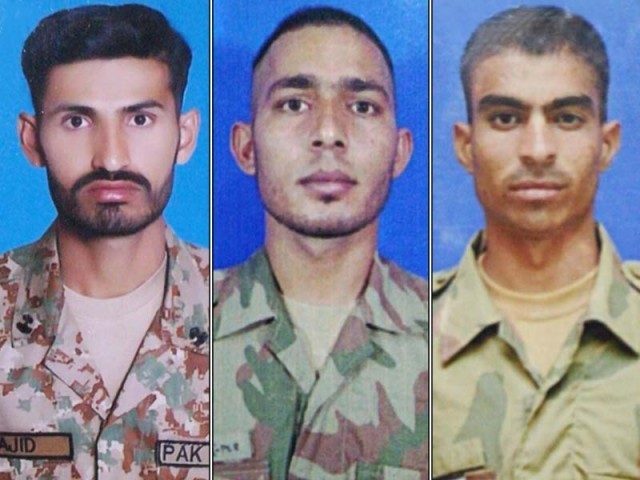 “IED blast in North Waziristan district. 3 soldiers of patrolling team embraced shahadat, one soldier got injured,” it said in a statement, adding that the area had been cordoned and search operation initiated.

The soldiers, the statement added, were identified as Sepoy Sajid, Sepoy Riyasat and Sepoy Babar.

The district was one the seven tribal districts in FATA – Bajaur, Khyber, Kurram, Mohmand, North Waziristan, Orakzai and South Waziristan – before its merger with Khyber-Pakhtunkhwa.