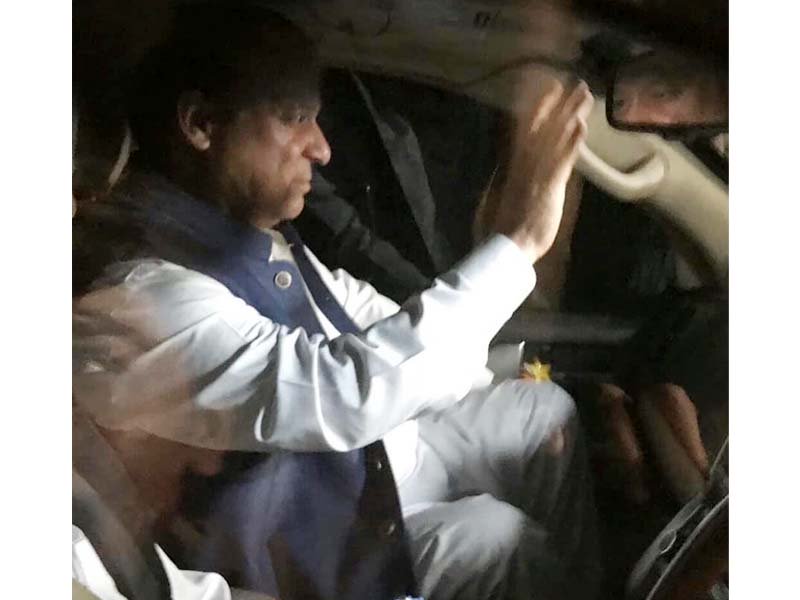 A cabinet member told The Express Tribune that the majority were against allowing the ailing 69-year-old politician to fly abroad without imposing any conditions as it would be a “complete defeat of the government’s accountability narrative”.

After the meeting that lasted for over two hours, the cabinet decided to grant the Sharif family patriarch conditional permission to travel abroad.

It is learnt that three conditions have been proposed: i) the former premier should submit surety bonds; ii) approach the court for a no-objection certificate (NOC) to fly abroad; and iii) the Sharif family must give adequate assurances that Nawaz would return to the country after his treatment.

The cabinet member, who belongs to the PTI, disclosed that Railways Minister Sheikh Rashid himself opposed granting unconditional permission to Nawaz despite telling the media that the majority of the cabinet members were in favour of allowing the ailing politician to leave.

Political analysts are wondering as to how the cabinet gave the nod to Nawaz’s departure when the majority of the members were against the move.

They believe that once the security establishment had decided to permit Nawaz to travel to the UK for medical treatment, it was very unlikely for the cabinet to oppose the step.