27 per cent, or 16 millio­n women, say they suffer­ed some kind of physic­al or mental abuse last year in Brazil­
By AFP
Published: November 12, 2019
Tweet Email 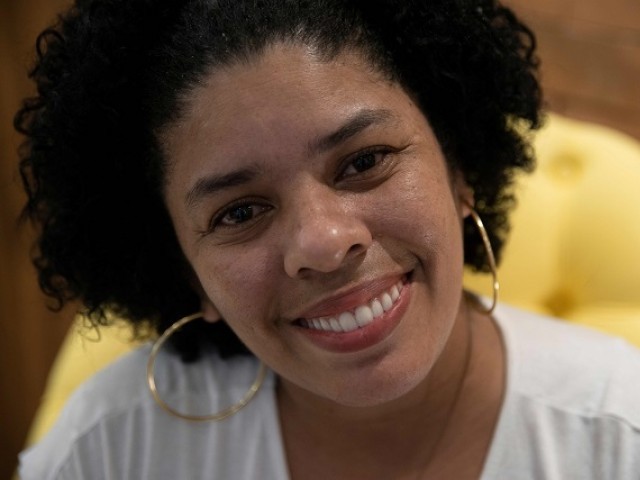 Ana Claudia, 37, smiles as she poses for pictures during an interview. PHOTO: AFP

RIO DE JANEIRO: Ana Claudia Rocha Ferreira suffered domestic abuse at the hands of multiple partners, dating back to when she was just 15 years old. The violence took a mental and physical toll.

“I only had four teeth left in the front. I was ashamed to go out,” she explains.

Rocha is one of the millions of women who are victimised by their partners in Brazil. In nearly all of the cases, men target the women’s faces and teeth, in order to diminish their femininity and feelings of self-worth. 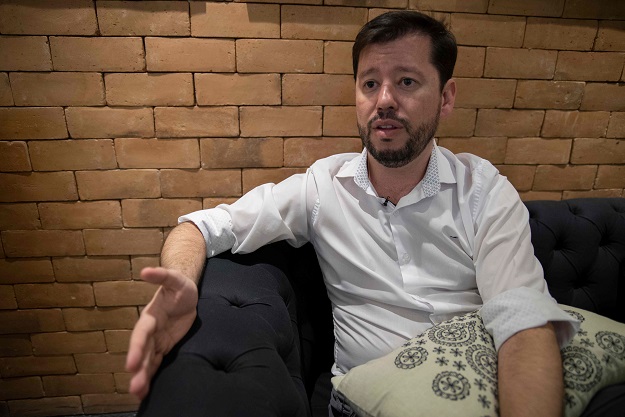 Rocha was one of the lucky ones.

She got new confidence – and a new smile – thanks to Rio de Janeiro dentist Armando Piva, who is part of a non-governmental network of volunteers rebuilding the teeth, and the lives, of battered women.

Rocha says the dental work was like a “dream” and changed her life.

But before her brilliant white grin – emphasised by bright red lipstick – was restored, Rocha went through some grim times.

“The assaults began when I was just 15 years old, and I was pregnant with my first daughter,” explains the young black woman, who works at a graphic design firm – and already has four grandchildren at age 39.

“He started punching me. I left him. But afterward, the father of my second daughter also started hitting me. My teeth fell out one after another,” she recalls.

Rocha, who lives in a slum in Rio’s vast Sao Cristovao area, says that in the favelas, “men say they like to beat up their woman so no one else wants her. They leave their mark on her face.”

She didn’t leave her second abusive partner because she didn’t have the money to do so. She also couldn’t go home to her mother, who kicked her out at a young age.

Her mom’s history was similar – she was beaten all of her life and did not have one tooth left, Rocha recounts.

“Since I was 18 until now, I have not smiled,” she laments. “I was constantly mortified.”

One day, she sent a message on Instagram to an actress who she admired – a bit of a shot in the dark. She didn’t ask for any money but asked for help, saying she wanted beautiful teeth as the actress had.

The actress responded, putting Rocha in touch with the volunteer dentists.

The treatment by Piva lasted nearly a year at his ultra-modern office in Rio’s chic Barra da Tijuca neighborhood – a stark contrast to Rocha’s bleak slum.

He used dental implants to restore Rocha’s confidence and smile.

With giant hoop earrings swinging from her ears and drawing attention to her face, she says she is very happy: “Never again will I accept being hit.”

Brazil is rough on its women: 27 per cent, or 16 million women, say they suffered some kind of physical or mental abuse last year, according to the Brazilian Forum on Public Security (FBSP).

Of those incidents, 42 per cent were cases of domestic violence. Black women are the most often affected.

And the country overall is one of the most violent in the world, with 57,000 murders last year alone. A lingering economic crisis las left 12 million people without jobs, and such hopelessness can be a breeding ground for violence against women.

“We realized that the number of women who were victims of domestic violence was huge,” explains Piva, who Rocha calls her “angel.”

In 2012, dentist Fabio Bibancos founded the NGO Apolonias do Bem, named for Saint Apollonia, the patron saint of dentists. Her teeth were pulled out or smashed, according to Christian tradition.

Piva says that more than 1,000 women have received treatment so far.

The network of volunteer dentists extends beyond Brazil to 12 other Latin American countries and Portugal. In all, there are 1,700 participating doctors working with battered women of limited means.

Only one condition: they must no longer live with their attacker.

In Brazil, where dental practices are state-of-the-art, each woman is receiving on average five or six implants.

Such treatment typically would cost about 30,000 reais, or $7,300. For these women, it is financed by private donations, companies and the dentists themselves. There are no public funds.

“In Brazil, these women have a right to mental health care and legal aid, but no help with dental care,” says Piva.

“However, in a majority of cases, if not all cases, physical abuse starts with the mouth: punches, kicks, elbow jabs, or even attacks with kitchen utensils,” he notes.

“The attackers’ wish is to destroy the woman’s desire to smile. And we see that the majority of these women have lost more than half of their upper teeth.”

These disfigurements can prevent women from finding jobs.

If the women cannot find work, smile or even laugh, they cannot eat correctly, as chewing becomes difficult. Kissing is also out of the question. 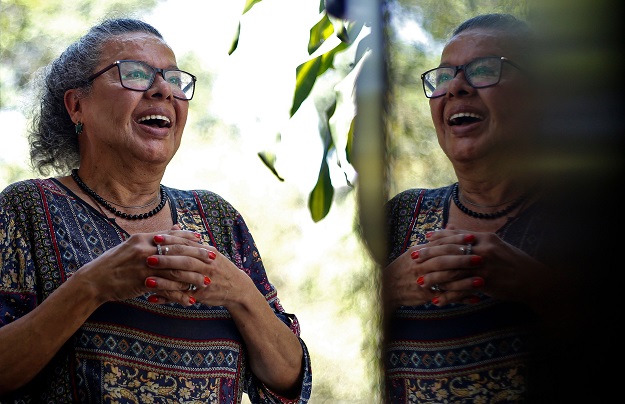 Brazilian Thais de Azevedo, 71, a transgender person who was victim of violence and had her teeth rebuilt by the project. PHOTO: AFP

“You have no idea what it’s like to live without teeth,” Thais de Azevedo tells AFP in Sao Paulo.

“When I got my new teeth, it was amazing just to eat an apple,” says the 70-year-old transgender woman who received implants two years ago, when Apolonias do Bem extended its services to the trans community.

Azevedo said she has been attacked repeatedly since going public as a transgender woman, which prompted her family to shun her. She says she felt condemned to a life on the margins of society.

In Brazil, the life expectancy for transgender people is only 35, as compared with 75 for the overall population.

Azevedo says she lost her teeth “fighting for her life,” without further explanation. She “became an expert” on using chewing gum to make fake teeth.

“What they have given me is deeper and more meaningful than I could have imagined,” she says.