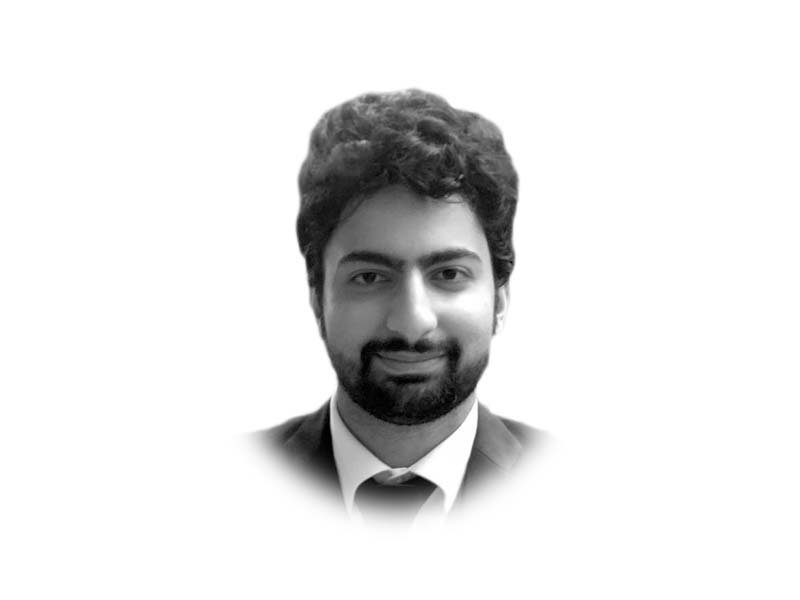 The writer is a lawyer based in Lahore and also teaches at the Lahore University of Management Sciences. He holds an LL M from New York University where he was a Hauser Global Scholar. He tweets @HNiaziii

Justice Munir’s infamous invocation of “necessity” is seen as a watershed moment in the constitutional history of Pakistan. But the groundwork for using the narrative of an exceptional situation to justify the undermining of the rule of law was laid far before Munir. In fact, it was the hallmark of the colonial regime that existed in India.

In 1919, General Dyer opened fire on a crowd of civilians who had gathered at Jallianwala Bagh. The shooting lasted for 15 minutes and resulted in the death of nearly 400 people. Dyer termed the use of force “necessary” in the situation to uphold the martial law that had been imposed. Dyer defended his violence through the lens of necessity.

In his book, The Jurisprudence of Emergency, Nasser Hussain explains that this use of a narrative of emergency to discard limitations on state power lay at the heart of the colonial legal regime. It was then inherited by the post-colonial states of India and Pakistan. These states did not create their legal regime from scratch, but rather, became the unwilling heirs to colonial institutions.

Unfortunately, these institutions were not made to uphold the rule of law as we describe it today. Rather, they were made to suppress the people of India.

The British conception of the rule of law for their own country was very different from the one they brought to India. This “colonial rule of law” was full of “exceptions” and “exceptional situations” which could be used to justify the use of force against the native population. It was inspired by Lord Coke’s decision in Calvin’s Case which held that a king could abrogate all laws of an “infidel” kingdom acquired by conquest.

The most blatant provision that allowed for this manhandling of the rule of law was the power to declare an “emergency”. While the British packed up and left, the constitutional frameworks of India and Pakistan continue to have these “emergency” provisions that allow the State to use force, or, revoke fundamental rights from its own people. Pick up any of our constitutions, and you shall find them brimming with provisions that allow for such subversions.

No region of Pakistan knows the consequences of the coloniser’s shadow better than K-P and Fata. Fata was run under the Frontier Crimes Regulations of 1901, an instrument that put the lives of nearly five million people at the mercy of archaic customary practices. It allowed women to be considered property, to be bought and sold to quench tribal feuds; it allowed entire tribes to be punished for a crime committed by one member; it gave primacy to the rewaj (customs) of a tribe over the fundamental rights granted by the Constitution to the rest of the country. All of this was justified on the basis that Fata was a unique area that needed “exceptional” measures.

Similarly, in 2011, the Actions (in Aid of Civil Powers) Regulations was justified on the basis that a grave security threat loomed, therefore exceptional measures needed to be taken. Even today, when Fata has now become a part of K-P, the provincial government has decided to enact the K-P Action (in Aid of Civil Powers) Ordinance 2019, which is identical to the 2011 Regulations.

In the name of exceptional circumstances, we have allowed internment centres in K-P which deny our own citizens the right to a fair trial. We deny fundamental rights, we deny the rule of law, and we deny them their dignity. The funny thing is that the Constitution actually makes it hard to say that these things are illegal, when it should be the other way around.

For example, the Constitution in Article 245 (1) allows for the use of our armed forces in aid of civil power if the federal government believes it is necessary to do so. It then says that the federal government’s direction cannot be questioned in any court. There is then an entire series of provisions that allow for emergency powers in the Constitution spanning from Article 232-237. These provisions allow for the suspension of fundamental rights when the State believes an emergency exists.

Nasser Hussain argued that it was exactly this ability to define an “emergency,” to define the exception to the rule of law that determined the power of the coloniser. This power was all the more ominous because the circumstances in which the coloniser chose to invoke the emergency provisions could never be precisely defined. A clear threat to the rule of law’s desire for certainty in a legal system.

The Constitution’s Ordinance power is perhaps the clearest example of how the State is currently furthering the narrative of an exceptional situation — in this case, a deadlocked Parliament — to throw democracy and the rule of law to the wolves and bypass Parliament. Rather than attempt to resolve the deadlock, the PTI has resorted to shamelessly subverting Parliament. The Ordinance provision in Article 89 of the Constitution also makes reference to circumstances existing “which render it necessary to take immediate action”. There’s that word again, so ingrained in our constitutional vocabulary.

This country’s struggle with colonialism did not end in 1947. Because the coloniser left its shadow looming over our legal system. Until we take out the legacy of the coloniser from our laws, from our Constitution, we will forever be held back from allowing our own people from achieving true freedom — freedom from the fear that one day the State may deem it “necessary” to suspend their rights.

How ‘right’ is the religious right?