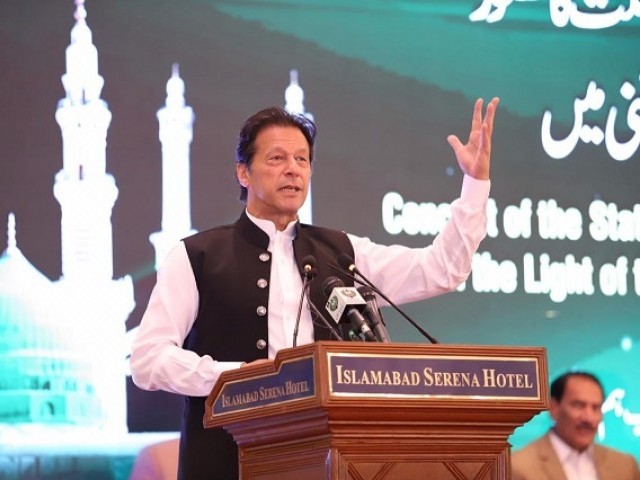 Prime Minister Imran Khan on Sunday reaffirmed his government’s resolve to establish a Madina-like Islamic welfare state, saying that establishing a society in line with the vision of Prophet Muhammad (PBUH) was a monumental task that would require time and unwavering commitment.

In his address at the International Rehmatul-lil-Alameen (SAW) Conference in Islamabad, the premier said the personality and character of Prophet Muhammad (PBUH) made him the perfect role model for the youth.

“Every youngster should learn from the teachings of Prophet Muhammad (PBUH) because therein lies the secret to achieving greatness,” said PM Imran.

He said the Pakistan Tehreek-e-Insaf (PTI)-led government was working on reforming Pakistan’s education system and wanted to ensure that every child learns about how the Holy Prophet (PBUH) transformed a tribal society into a global force.

“We need to understand the reasons for the rise and fall of Muslims in history,” he said. “Malaysia and Turkey have decided to work together to create films on great Islamic leaders so that Muslims can learn their great history.”

Eid Miladun Nabi to be celebrated with religious zeal, fervour

The premier also spoke about the importance of justice and ensuring equal treatment for all members of a Muslim society. 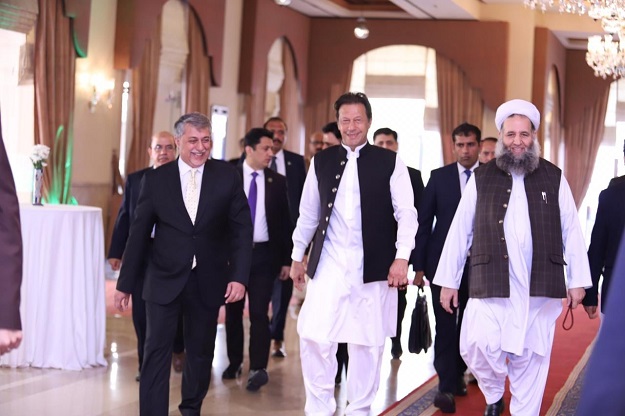 “Those who plundered the wealth of the nation do not deserve to be spared. No NROs or other relaxations can be given to people guilty of corruption,” he asserted.

“Compassion is for the poor and downtrodden segments of society – not for the powerful and corrupt. Injustice and deviation from merit are critical in the decline of any society.”

Taking to Twitter, the premier said states would rise if they follow modern principles founded by the Holy Prophet (PBUH) in Madina.

Our Prophet PBUH founded the State of Madinah on modern principles of Rule of Law, Human Rights, Compassion, Meritocracy & the Pursuit of Knowledge as a sacred duty. If a state follows these principles it will rise.

In his message released earlier in the day, PM Imran said Islam had introduced the concept of a welfare state to the world. “The Holy Prophet (PBUH) and Khulafa-e-Rashideen practically materialised this thought in the first Hijri century.”

He said the birth of Prophet Muhammad (PBUH) marked the end of inhumanity, oppression, tyranny, ignorance, injustice and deviation from the right path.

Separately, President Alvi reiterated the government’s commitment to develop Pakistan as a welfare state on the model of the state of Madina.

He expressed hope that the economic and social reforms initiated by the PTI-led government would bring about a positive change in Pakistan.

He urged the citizens, particularly religious scholars, to play their role in making Pakistan a welfare state.