Digita­l pionee­rs have long been soundi­ng the alarm about abuses of our privac­y online­
By AFP
Published: November 8, 2019
Tweet Email 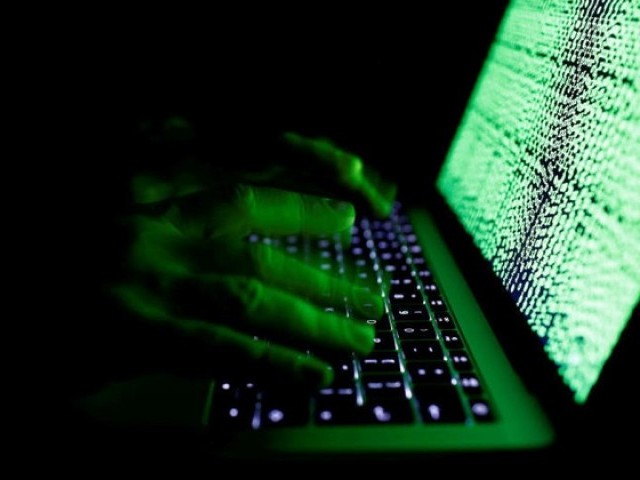 LISBON: Whistleblowers and digital pioneers have long been sounding the alarm about abuses of our privacy online.

Now, a slew of tech entrepreneurs are bidding to turn growing consciousness about the problem into a money-making industry and many showcased their skills at this week’s Web Summit in Lisbon.

“Undeniably, with the new tensions that exist, obviously there is a movement among people to regain their right to privacy,” organiser Paddy Cosgrave told AFP.

“Providing personalised encryption at the level of the device, so that any keystroke on your device is unreadable by a third party … is booming. There are many companies trying to make progress in this space,” Cosgrave said.

“I believe there is an entire new industry around digital identity, data ownership, data management and data monetisation for yourself,” said American Brittany Kaiser who helped lift the lid on data abuses at Cambridge Analytica which last year found itself embroiled in a scandal involving the misuse of Facebook data.

Kaiser’s work at Cambridge Analytica is also a subject of a Netflix documentary, “The Great Hack”.

Kaiser co-created a foundation “Own your data” in order to “blow the whistle on the whole industry” and denounce abuses of companies harvesting data without web users’ explicit knowledge.

She warned that “it’s going to be hard to get to the point of mass adoption” of products and services designed to allay privacy fears but sees a “wave of momentum” after a year-and-a-half of campaigning.

Brendan Eich, founder of the Brave browser, as well as Mozilla and Firefox and the man behind JavaScript, observed: “small minorities can move markets, and that’s happening”.

The way ahead is “privacy by default,” said Eich, touting data protection and Adblock capabilities as key Brave attributes.

Eich hopes Brave will have 10 million users by year’s end, although he said that would have to double or even triple before it could generate revenues from opt-in online ads.

US “godfather of crypto” currencies, David Chaum, meanwhile said he believed the digital world has reached a key juncture.

“This is like a kind of a historic moment. I think if you look at smartphones, the killer app is clearly messaging integrated with payments.

Chaum is behind Elixxir, which seeks to offer digital privacy by deploying a mobile messaging app partnered with a virtual payment vehicle along the lines of Chinese behemoth Tencent’s We Chat platform, securing communications through blockchain protection.

Briton David Chance also wants to take digital privacy to another level having left Google to launch a startup, yourself. online, offering retrieval of data that has remained in the public sphere without user consent.

“The most shocking thing is the scale of the problem,” says Chance. “We find personal data for about 80 percent of the people that sign up for our service. That could be a phone number, an email address or a date of birth.

“Companies are gathering up information that we kind of left as our online footprints and are using this to determine whether somebody gets a job, credit or a mortgage.”

Following criticism for not doing enough to secure user data, Facebook recently promised to bring end-to-end encryption to its Messenger platform, as is already the case with WhatsApp.

Jay Sullivan, whom Facebook recruited earlier this year as Messenger’s director of product management and privacy and integrity issues, says data protection is now a basic requirement, a decade after Facebook founder Mark Zuckerberg suggested privacy was no longer a “social norm” or indeed to be expected.

“People don’t like (being tracked). They think, ‘I feel like some creeper is stalking me. I feel abused’,” he said.