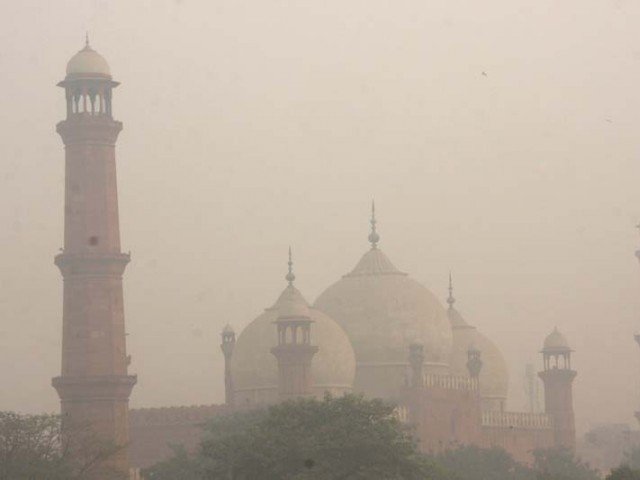 LAHORE: All public and private schools have been closed in Lahore today due to high levels of smog.

The Punjab government took the late-night decision after a sudden spike in Lahore’s Air Quality Index (AQI) from less than 200 to more than 500.

“All Schools of Lahore (public and private) to remain closed tomorrow [on] November 7, 2019,” said Provincial Minister for School Education Dr Murad Raas in a tweet.

He added, “Smog [is] at abnormally high levels right now in Lahore. [The government is] continuously monitoring the situation. Please refrain from taking the kids outdoors unless it is absolutely necessary. Will update.”

Due to sudden increase in smog, all schools in Lahore will remain closed tomorrow.

We are closely monitoring the #LahoreSmog situation.
Administration is already on high alert and have tasked them to escalate actions against crop burning and other factors that contribute to smog

“The agriculture department should strictly ensure the implementation of a ban on burning crop remains. As per law, action should be taken against the industries responsible for spreading pollution,” he stressed.

The provincial CM ordered to strictly ensure the enforcement of a ban on burning tyres.

PRECAUTIONS TO TAKE DURING SMOG#PSCA#PPIC3#Lahore#Weather#Precautions#environment#ClimateChange#pollution#Air#AirPollution#GlobalWarming#greenpaki#smoke#LahoreSmog@PakAirQuality#smoginlahore#smogpic.twitter.com/ZGxmz6ZbtY

Federal Minister Chaudhry Fawad Hussain, in a tweet, took a jibe at the Indian government saying that crop burning in Jallender is playing havoc with the environment on both sides of the Punjab border.

He further offered to help the Indian government by suggesting them to use a “machine solution to turn crop waste into a burning billet”.

Crop burning in Jallender is playing havoc with environment on both sides of Punjab border, We can help Indian Punjb Govt to use a machine solution to turn crop waste into a burning billet, that can be used as fuel when needed #Sciencehelps