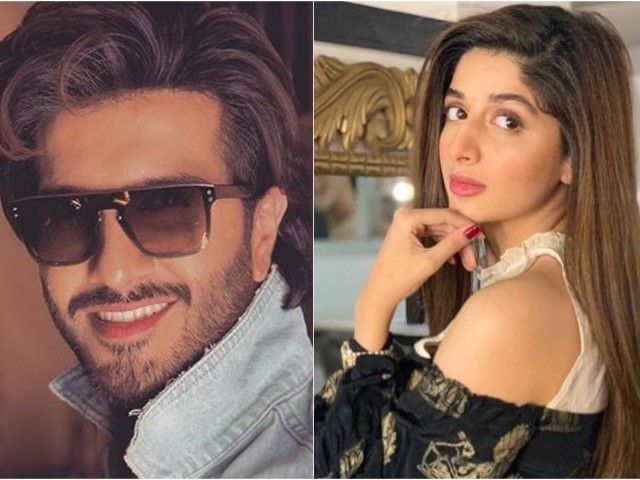 Popular stars Mawra Hocane and Feroze Khan are all set to return to the big screen with a murder mystery titled Chakkar.

Scheduled for a 2020 release, the film is being helmed by Yasir Nawaz, who has the likes of Wrong No, Wrong No.2 and Mehrunissa V Lub U to his credit. According to reports, Chakkar has been in the works for quite a while now but had been put on hold earlier.

Although the full cast has not been finalised yet, Mawra and Feroze have been roped in as the leads, with Yasir himself making an appearance as the third lead. In fact, he is also writing the script, screenplay, directing and acting in Chakkar himself.

Talking to Express Pk about the casting of Feroze and Mawra, Yasir shared that he feels the two are perfect for the role. “I am always in support of having a different face in every film. I have worked with Sohai Ali Abro, Sana Javed and Neelum Munir, hence I selected Mawra Hocane for this one,” he said.

6 celebrities who were virtually unrecognisable this Halloween

The film will mark Feroze’s return to the silver screen after his 2016 debut opposite Sajal Aly in Zindagi Kitni Haseen Hai. Meanwhile, Mawra was last seen in the 2018 blockbuster Jawani Phir Nahi Ani 2. Currently, she is starring as Sunehri in the drama serial Daasi, while Feroze is caught up with the shooting of his upcoming serial opposite Hania Amir.

Chakkar is slated to go on floors starting January and will hit the screens on Eidul Fitr 2020.