Woman beaten with sticks over landowner's claim of infidelity

Woman beaten with sticks over landowner's claim of infidelity 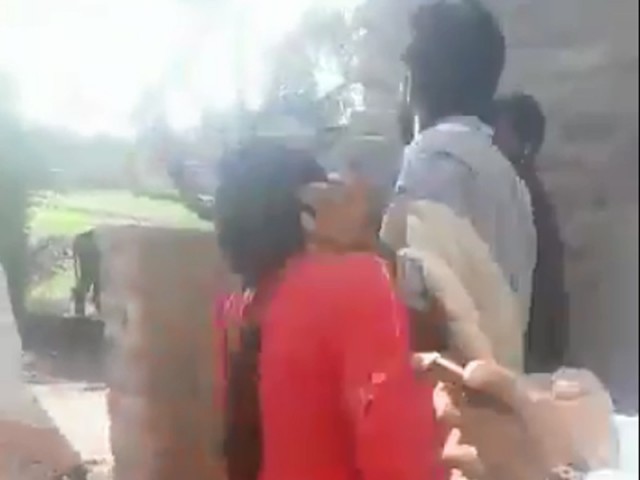 FAISALABAD: A video of a woman being beaten in public went viral after a feudal lord allegedly claimed she was having an affair in Faisalabad.

A landowner in Chak Jhumra had accused the married woman of infidelity and then ordered the victim to be thrashed with a stick.

Meanwhile, the woman’s father-in-law said the feudal lord had accused the victim of having an extramarital relationship with his neighbour.

He has also sought a report from the regional police officer (RPO), Ghulam Mehmood Dogar.

Local police have arrested at least two suspects in the case.

Pakistan ranks sixth as the most dangerous country in the world for women, with cases of sexual crimes and domestic violence recording a rapid rise.

According to statistics collected by White Ribbon Pakistan, an NGO working for women’s rights, 4,734 women faced sexual violence between 2004 and 2016.

Over 15,000 cases of honour crimes were registered. There were more than 1,800 cases of domestic violence and over 5,500 kidnappings of women during this period.

According to media reports, more than 51,241 cases of violence against women were reported between January 2011 and June 2017.

Conviction rates, meanwhile, remain low, with the accused in just 2.5 per cent of all reported cases ending up being convicted by courts.