Offici­als were posted at Karach­i and Sukkur divisi­ons
By ​ Our Correspondent
Published: November 5, 2019
Tweet Email 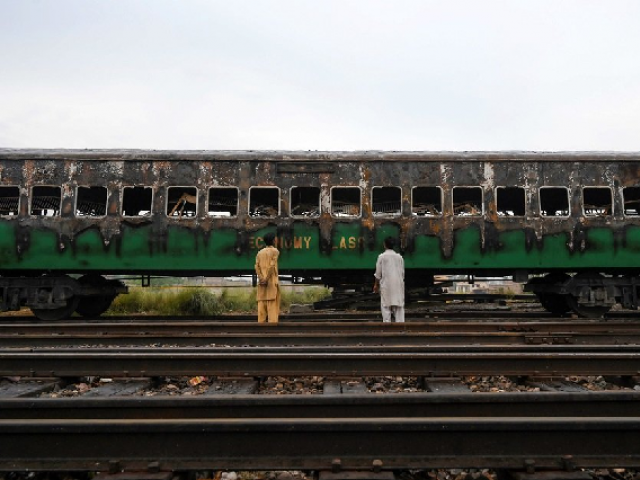 LAHORE  : The Ministry of Railways has suspended six officers for alleged negligence in the aftermath of the Tezgam Express tragedy.

At least 75 people died after a blaze engulfed the express train en route to Rawalpindi from Karachi.

The railway department claimed that the incident occurred when a gas cylinder – apparently brought on board by passengers – exploded. However, eyewitnesses claimed the fire was caused by a short circuit in the train.

The inferno swept through Tezgam as the train was chugging past Liaquatpur city in the southern Punjab district of Rahim Yar Khan, according to officials.

The fire, fanned by the wind on the cruising train, quickly spread to two other compartments of the train catching most passengers off guard.

Some of the victims were killed by head injuries sustained as they leapt from the moving train.