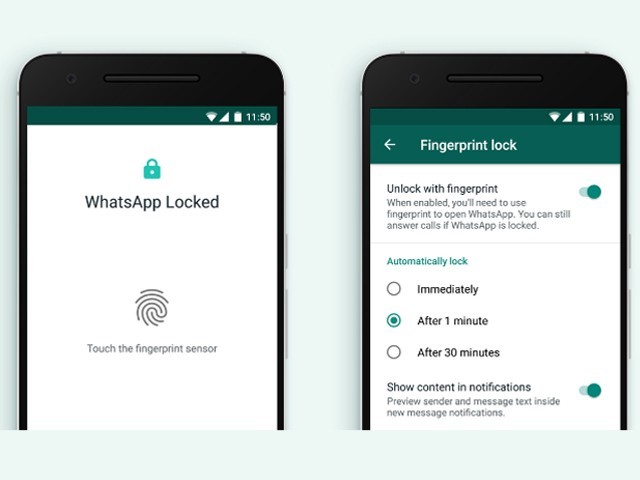 Following the addition of the biometric security feature to the iOS version earlier this year. PHOTO: WHATSAPP

WhatsApp has finally announced that the app can be now locked with a  fingerprint following the addition of the biometric security feature to the iOS version earlier this year.

“Today we’re introducing similar authentication, allowing you to unlock the app with your fingerprint, on supported Android phones,” states the WhatsApp blog post.

The availability of this feature means you will now need to unlock your phone with the fingerprint scan which makes the app more secure. The catch is that the update is not available in all regions yet but once it does arrive, users will be able to enable the feature by going to the privacy settings menu.

There are options to let the app unlocked for various different times which start at one minute and up to 30 minutes.

WABetaInfo reported the feature as it appeared on the beta version back in August while it was released for iOS along with a Face ID as well, Android was lacking this feature.