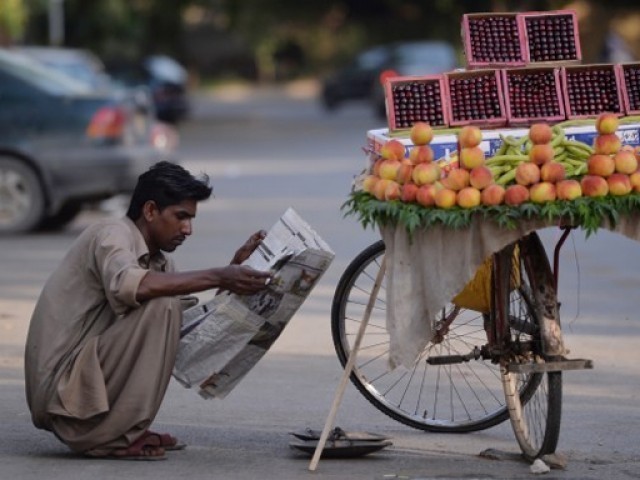 ISLAMABAD: It was quick and fast swing bowling in cricket in the 1980s and 1990s. The captain bowler did the same with the economy as a cost-push approach was injected into demand-side management policies. The Pakistan Tehreek-e-Insaf (PTI) may or may not be well aware of its social and economic implications.

Consequently, the rupee dropped sharply with an exorbitant hike in interest rate, which took inflation suddenly to sharply higher levels. Action against widespread corruption started at the same time but such a harsh approach could not be handled by a $300-billion economy.

The sale of plots and cars as well as bank savings of people have plunged, hitting the income flow hard for the middle class, which had enjoyed a decade-long expansion earlier.

A big question is how to give a push to investment flow in the country. Millions of people have a big amount of spare money and are not spending it. This underlines the need for putting in place a framework where the money quickly changes hands. It will enrich the economy and create wealth in the country. But is it so simple?

The difference in remittance flow between FY19 and FY20 in rupee terms may reach up to Rs290-300 billion. There is a huge opportunity for the government to convert such huge remittances into productive investments as the money is going into the real estate, imported cars, etc.

Investors and traders have hoarded most of the money but the amount should be converted into an opportunity.

Pakistan’s private consumption expenditure is likely to drop to $232 billion by the end of 2019 from the previous high of $260 billion which came at the end of 2018.

In order to run the economy at a better pace, the government needs to come up with a viable strategy to ensure that spenders do not get harmed when the wheel of economy is pushed.

The wheel has been jammed for the past many months, forcing the government to consider different options, which also resulted in an agreement with traders on relaxing the CNIC condition for bulk product buyers and wholesale traders.
Pakistan unveils strategy to move to cashless economy

Two front runners of the economy are housing and auto industries and they need government support, with laws conducive for business, better financing regimes, a supportive banking sector and facilitating state agencies.

All these factors will support not only these industries but also the overall economy by helping it achieve better growth.

The shutdown of a couple of auto plants for a couple of weeks last month is alarming as the government is trying to encourage new players to set up manufacturing and assembly plants. Though new producers have entered the domestic market at a time of recession with faltering demand, optimists believe the pressure on them is likely to ease later.

A major obstacle is high mark-up rates, which hinder car leasing. Leasing is a good option for those car buyers who lack a big amount of cash. Poor public transport in cities has also forced many ordinary people to have their own vehicles.

At present, the ratio is 10 vehicles for every 1,000 people in Pakistan, which is the lowest in the region. Total number of registered vehicles in the country increased 9.6% in 2018, reaching 23.59 million compared to 21.51 vehicles in 2017, according to data compiled by the Pakistan Bureau of Statistics.

In this sector, modern housing societies for the middle class are encouraging the residents to improve their lifestyle by buying cars, besides motorbikes, which has shown a mushroom growth. Three big cities of the country have several big and small housing societies, with better living facilities.

Data shows there are 32.3 million houses in Pakistan for a population of 207 million, with approximately 6.4 persons for each housing unit.

Private-sector housing societies are meeting some of the housing demand by complying with some of the standards of metropolitan cities. Such societies are mostly located around 10 big cities with population of more than 300,000 people. There are currently around 50 urban cities in Pakistan.

Such data must be enough to open the eyes of policymakers. Money is there, the will is there, demand is there and just a sensible move is required to bring investors and consumers at a single platform, which will give a big push to the economic activity.

Achievement of over 5% growth for the next few years will entirely change things for the better in the national economy.

A GDP growth of 5-6% also brings employment for the additional labour force entering the market each year and helps raise the general income level of every household and the economy at large. A sensible policy intervention merits attention of the cabinet members.

The writer is a journalist and communications consultant