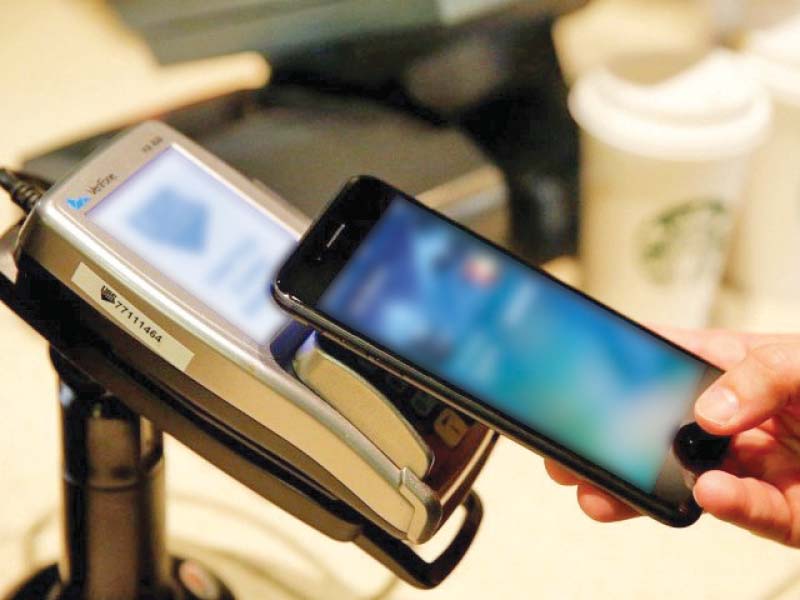 The new system is aimed at digitalising each and every payment, including the large payments made by federal and provincial governments, and receiving worker remittances in Pakistan. PHOTO: FILE

KARACHI: Pakistan has launched a strategy for transforming its payment system from the one mainly based on cash to an almost cashless system with the support of the World Bank, as it will launch a mobile app and install one million digital access points nationwide over the next three years.

“The cost of cash right now is huge in Pakistan…[it] is one of the countries which stands out with a very large ratio of cash,” said State Bank of Pakistan (SBP) Governor Reza Baqir, before he along with World Bank President David Malpass formally launched the National Payment System Strategy (NPSS) on Friday.

The migration to efficient electronic payments stimulates consumption and trade, bringing benefits to the whole economy. “By migrating to electronic means, the strategy intends to boost Pakistan’s GDP by 7%, create four million jobs, bring in $263 billion in new deposits, representing a potential market of $36 billion, all by 2025,” said SBP Director for Payment System Sohail Jawad in his detailed presentation on the NPSS.

The new system is aimed at digitalising each and every payment, including the large payments made by federal and provincial governments, and receiving billions of dollars in international worker remittances in Pakistan.

The start of implementation of the Micro Payment Gateway – which allows transfer of funds in almost real time and is expected to cause a rapid surge in online payments in public and private sectors – is a major part of the strategy for the national payment system.

“Greater reliance on digital means that we have greater documentation of the economy,” Baqir added.

He said the prime minister had agreed to take three key actions for financial inclusion and promotion of the digital payment system, including interoperability of the Unstructured Supplementary Service Data (USSD) channels for sending and receiving money from one fintech customer to another and reducing the cost of accessing the National Database and Registration Authority (Nadra).

He asked bankers and high officials of fintech and other non-banking institutions present on the occasion to play their role in implementing the strategy to take Pakistan to the next level of success. He also asked them to especially increase access to banking services for women.

He asked them to take merchants on board and educate them as to how the new system was safe, efficient and inclusive and how it would benefit them.

The SBP official added that cyber security had remained a key focus area of the central bank as keeping the system protected from cyber-attacks was a major challenge.

Addressing the gathering, World Bank President David Malpass congratulated Pakistan over the launch of the strategy as he was of the view that it was the right time to make that happen.

He said the World Bank, its team and he himself, all were available to Pakistan to “help make this (transformation to digital) happen successfully. We have resources and energy to provide system to implement the national payment system strategy”.

“The (implementation of) Micro Payment Gateway, in collaboration with the private sector, can be completed within six months,” he said.

The Pakistan Telecommunication Authority (PTA) could allow interoperability through USSD channels to facilitate payments from one fintech customer to another soon as it remained a key milestone in implementing the strategy, he said.