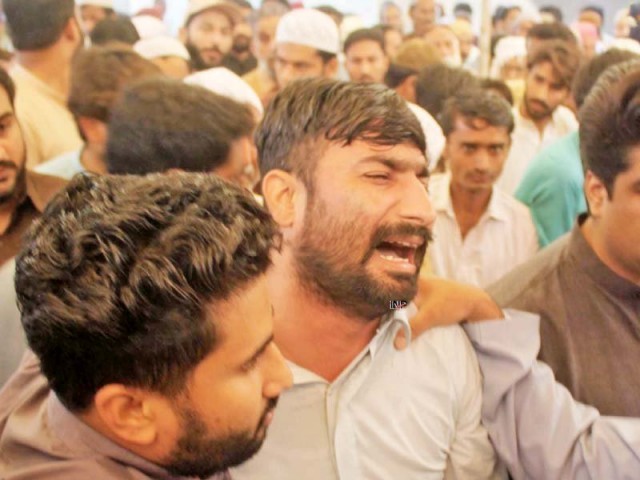 Many families traveled on their own to Rahimyar Khan on Thursday and Friday. They have been informed that the DNA test report will be shared after seven days.

On Friday the victims of the Tezgam Express fire incident were laid to rest including seven in Mirpurkhas and six in Umerkot. One more person belonging to Mirpurkhas, Muhammad Liaquat, died during treatment in a hospital in Multan on Saturday.

Five persons hailing from Umerkot are also missing. They include two brothers, Yousuf Bhatti and Yaqoob Bhatti, and their relative Faqir Muhammad Bhatti who belong to Kunri, a rural town in Umerkot where six deceased of Liaquatpur incident were buried on Friday.

Abdul Wahid Arisar and Abdul Rehman Arisar from Pithoro taluka of Umerkot are also feared to be among the unidentified dead. Among the eight injured persons of Kunri, two returned their homes while six are still admitted in the hospital in Punjab.

More than 80 persons from the two districts reportedly boarded the three burnt bogies of Tezgam Express from Hyderabad Railway Station. They all were traveling to Lahore to attend the religious congregation in Raiwind.